BRICS will soon turn into SABRICS; here is what it means 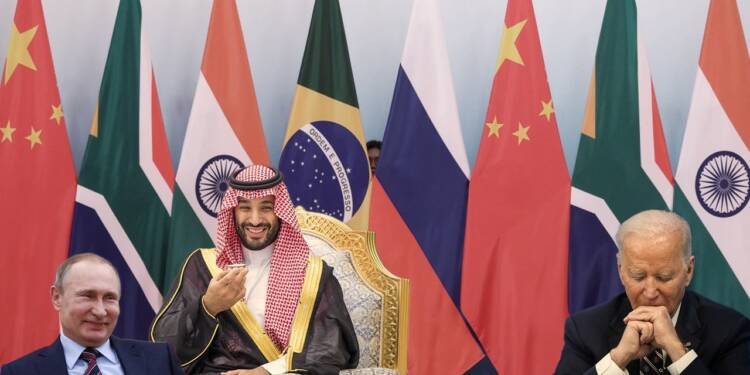 BRICS may expand to become SABRICS in the near future. Saudi Arabia and Argentina have recently been proposed for membership in the BRICS alliance by Russia. Brazil, Russia, India, China, and South Africa are the current members of BRICS. The BRICS nations have one thing in common: they are all emerging countries.

BRICS accounts for over 40% of the world’s population and 30% of GDP (Gross Domestic Product), making it an important economic engine. Now, as Saudi Arabia and Argentina have shown their interest in joining BRICS, the new group would possibly be called ‘SABRICS’.

“The interest in it (BRICS) is shown by our Saudi friends and Argentina, which stated the desire to become a full-fledged BRICS member, coming from the mouth of its (Argentina) Foreign Minister Santiago Cafiero,” Lavrov said.

Lavrov said that the next BRICS (Brazil, Russia, India, China, South Africa) summit is being prepared. “The outreach format will be established within its framework, where around a dozen developing economies will participate,” he added.

The US lost its important ally in the middle east

The most crucial thing to note here, though, is the timing of the announcement. We chose the date to emphasize the United States’ already waning clout. As we all know, the US is desperately looking for ways to beat Russia in the ongoing struggle under the Biden administration. In the meantime, the Biden administration has been losing key allies, particularly in the Middle East.

For example, relations with Saudi Arabia, a long-regarded key US ally, appear to have strained under the Biden administration. The fundamental reason for this is Biden’s newfound fondness for Iran. Biden’s greater predilection toward Iran has alarmed Arab countries, particularly Saudi Arabia. Biden’s unwillingness to consult Arab countries on the Iran nuclear deal was a fundamental element in the United States’ breakup with the Arab world. Saudi Arabia has been outspoken in its opposition to the JCOPA pact, claiming that the West has failed to consider its interests in the deal.

Furthermore, in order to tackle the growing threat posed by the Iranian-backed Houthis, Saudi Arabia has continuously sought American security assistance and commitment. Despite this, Biden stated that the US will no longer support Saudi Arabia’s Yemeni offensive.

These instances have enraged Saudi Arabia to the extent where Gulf states are striving to strengthen ties with Putin. OPEC+ and Russia have increased their collaboration on oil output levels.

China is backing Russia’s efforts to expand the BRICS.

Nonetheless, the US has already lost a vital friend in the Middle East as a result of this. Now, the same Saudi Arabia, along with Argentina, is attempting to join the BRICS bloc. This would not further erode the US’s global weight, but it would strengthen developing economies in the face of US supremacy.

Furthermore, China’s support for Saudi Arabia and Argentina’s membership in the group has bolstered support for both countries.

In a conclusion, there is no doubt that Russia and China are strengthening their own bloc to counteract the US’s entrenched hegemony.