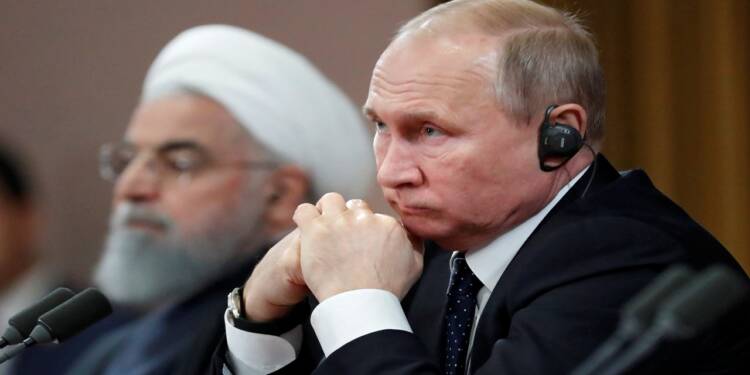 After the war got to the top of geopolitical priority after the Russian invasion in late February, Iran turned out to be a tinder-box with the western forces going clueless on how to fix pieces with the middle eastern superpower. The history of sanctions and boycotts has dented the relationship with Tehran to an extent that was beyond repair.

Albeit this, Biden has been doing course correction belatedly by giving sly cues about going back to JCPOA and delisting IRGC from the international terrorist list.

Iran thought they were back in business

But all hopes were meant to get trashed after Iran brought in certain demands that the US couldn’t budge to, even though they tried. Thus, Tehran remained the arch-foe of the US with the politics between the two nations remaining inexplicable.

With no avail to their demands and the tall talks of JCPOA getting stalled, Tehran jumped in to make most of the moment without batting an eye for what the West suggested. Moreover, Biden had his neck-deep into the quagmire in Ukraine and had no framework in action against Tehran’s shenanigans. So the Islamic nation started exporting oil to nations, derailing from the sanctions imposed on them by their arch-foe.

Biden made a fool of himself seeing how Iran was profiteering with the oil trade in the wake of the crisis that sprouted out following the Ukraine war. The economy of Tehran saw the halcyon days and it was a smooth ride that was never in the cards for Iran seeing how piled up the nation was with sanctions.

But every ride got to end up somewhere, and for Iran, it has happened with another country taking over the realms of power. Tehran may struggle to cope with this fact since it is Russia their political ally that is putting an indefinite end to Iran’s free run in the oil trade.

A never expected nemesis for Tehran

It was after the Ukraine war that forced Russia to sell its oil at a steep discount to gain a foothold over the torrents of sanctions showered upon them. But this move from Moscow has damaged the priorities enjoyed by Tehran in the global market.

According to the Arman daily, Russia’s new strategy to sell oil at a discounted price would, in the long term, remove Iran from China’s oil market.

“The increasing discounts that Russia offers to export crude oil is dangerous for Iran, specifically in the China market,” wrote Arman.

Read more: Biden is hooking up Iran with China because Russia is the rude dude

The damages wrought by Russia in the oil market are still to alleviate and more salt has been added to Iran’s woe with China discrediting Tehran for Moscow.

“Russia can switch almost half of its exports to southeast Asia, especially China … and that is a huge potential threat for Iranian crude exports,” Hamid Hosseini, board member of Iran’s Oil, Gas and Petrochemical Products Exporters’ Union in Tehran, told Reuters.

China has long leaned on the shoulders of Iran and Venezuela for Oil deals and now with the Russian Urals coming at a much cheaper price, Beijing is sucked in towards the Moscow camp, perishing the prospects of a rising Iran.

Russian fuel oil arrivals in the UAE storage hub of Fujairah are set to climb to about 2.5 million barrels in May, about 125% higher than April levels. this signs how Russia keeps holding on to its forte in the oil trade. Iran may put up a fight but how could it hurt the Russian interests remains a question mark.