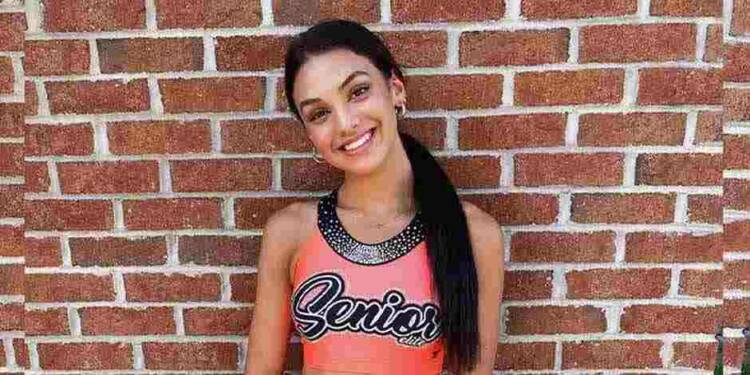 Ryan Cummings is a North Carolina-based cheerleader who has won multiple championships with the Cheer Extreme Allstars team. After a Twitter user published a film from her participation at the ‘Spirit of Hope National Championship’ in Charlotte in early 2018, she became known as the ‘Smug Cheerleader’ and ‘the sassy girl from Twitter.’ In this article we are going to talk about the biography, career, notable works, films and family of Ryan Cummings so read the article till the end.

Her sarcastic expression quickly went viral, with millions of users seeing and sharing it to communicate various, often amusing, sentiments. She is a silver and bronze medalist in competitive cheerleading and has won two ‘Triple Crown Championships,’ two ‘The Majors Championships,’ and four summit championships.

She got a sponsorship contract with Nfinity, a sportswear business specializing in women’s clothing, in 2018 and debuted as a Nfinity girl later that year. In 2017, she was a part of the Nfinity Generation Next Camp.

Ryan Cummings was born in the United States on April 26, 2004, in High Point, North Carolina. Melissa is the name of her mother. She started performing when she was a child and has been doing so since 2007. She competes in the ‘Senior Large All Girl 5’ division for the Cheer Extreme team.

She particularly likes how cheerleading has helped her form tight ties with her teammates. Kenley Pope and Bailey Lukens, two of her fellow cheerleaders, are strong friends, and they frequently appear on each other’s YouTube channels and social media feeds.

She is a 368k-follower Instagram sensation who also has her own YouTube channel. She has also been on the official ‘Cheer Extreme’ YouTube channel in multiple episodes of the series ‘Sr Elite Beneath The Crown.’

Darnell Harris is her favorite coach.

She intends to attend North Carolina State University and major in zoology or biology.

Ryan Cummings told BuzzFeed that she was initially intimidated seeing her “face on so many social media pages,” but that she later realized “it’s insane and it’s kind of odd and amusing.”

She also revealed that all she was thinking at the time she made the look was, “I really want my team to kill it.”

The brief video of her expression not only made her a superstar to strangers all over the world but also made her incredibly popular in her hometown.

Her pals were among many who shared her meme, and even her teachers were aware of her meteoric ascent to popularity.

Her mother, who saw the clip shortly after, though it was amusing as well.

We hope this biography article of Ryan Cummings will be helpful for you to understand her journey and works.