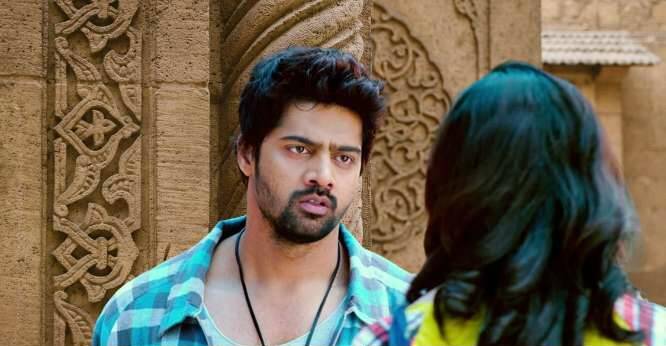 Naveen Chandra is a famous actor, predominantly appearing in Tamil and Telugu movies. He is known for his romantic films like Andala Rakshasi (2012). Naveen was born in Ballari, Karnataka, India. In this article we are going to talk about the biography, career, notable works, films and family of Actor Naveen Chandra so read the article till the end.

Naveen Chandra made his Telugu film debut with the 2005 film Sambhavami Yuge Yuge and went on to star in the film Kalyanam. Under the stage name Pradeep, Chandra made his acting debut in the Tamil film Pazhaniappa Kalloori. His next film, Agarathi, was never released in theaters. In 2012, he starred in the Telugu film Andala Rakshasi, which received great reviews from both audiences and reviewers for his portrayal of Surya.

In 2012, he worked with Payal Ghosh on the Tamil film Therodum Veedhiyile. Chandra starred as an ex-naxalite in the bilingual film Dalam, in which he struggled to reintegrate into society. In order to get into character for his role in Sathyashiva’s Sivappu, he spent two weeks working as a laborer in a friend’s construction company.

In 2014, the film was also released. Naveen was cast in the Tamil film Brahman as the second lead. He has signed up to play the lead in Sarabam, a film directed by C. V. Kumar. He then starred in Miss India, directed by Narendra Nath and starring Keerthy Suresh.

Naveen Chandra was born in Bellary, Karnataka, to a Telugu family. His father worked at KSRTC as a chief mechanic. Before entering the film industry, Chandra earned a diploma in mechanical engineering and worked as a multimedia animator.

Naveen Chandra keeps his personal life secret; and has never revealed his marital status. On Valentine’s Day, however, he astonished everyone by posting a photo of his wife Orma. “Happy valentine’s Day wifey. My Better half .Orma” he captioned his post.

In 2005, Naveen made his acting debut in the Telugu film ‘Sambhavami Yuge Yuge.’

He worked in Telugu and Tamil, among other languages.

He is quite active on the platform and posted over 1k times since his joining the platform.

He generally posts on his films and series.

Other than that he also posts his workout videos. From his Instagram posts, we can assume that he is working on various projects. His recent posts are evidence that his two OTT releases are coming.

We hope this biography article of Naveen Chandra will be helpful for you to understand his journey and works.