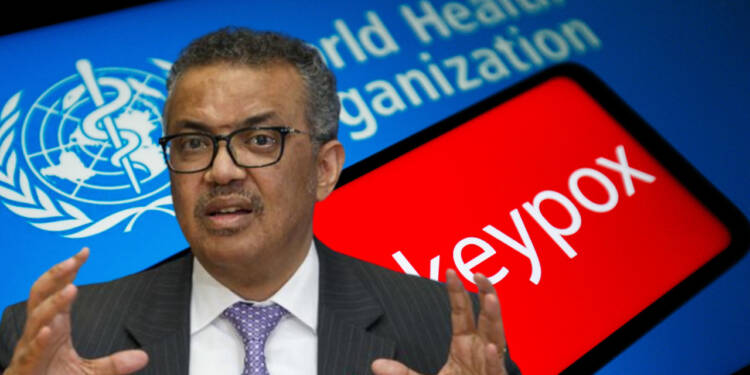 Monkeypox is a rare disease that is caused by infection with the monkeypox virus. Recently, an outbreak of the Monkeypox virus has happened and has created panic across the globe. The US Centers for Disease Control and Prevention (CDC) stated that more than 700 global cases of monkeypox have been reported, including 21 in the United States, with investigations now suggesting it is spreading inside the country.

The World Health Organization (WHO) is constantly looking into the matter. Two weeks ago, when Monkeypox was spilled into 30 countries with more than 550 confirmed cases. WHO stated that the virus can be contained. That was a sign of relief as people were not ready to see another Covid-19 like a pandemic in 2022.

Still, some countries started taking precautionary measures to provide protection for people who might have been exposed to the virus. Scientists do not expect the outbreak to evolve into a pandemic like COVID-19, given the virus does not spread as easily as SARS-COV-2. But, WHO has taken a big U-turn and it can be lethal for the whole world.

We were wrong, Says WHO

In just 2 weeks, WHO has changed its statement as usual. Earlier stressing that Monkeypox can be contained, now the World Health Organisation has admitted that it is not sure whether the virus can be kept in check.

Dr. Hans Kluge, head of the WHO’s Europe office, said “we do not yet know if we will be able to contain its spread completely”. Although the WHO stresses that monkeypox response should not mimic the scale of Covid-style restrictions, health authorities do need to take “significant and urgent” action to mitigate the threat.

According to the case reported so far, the current outbreak is being spread through social networks linked mostly by sexual contact, primarily between males who have sex with men.

Do you remember something? Wasn’t a similar trend seen back in December 2019 when COVID-19 was just starting. WHO at that time stated, that it was not spreading and 3 months later, the whole world was locked up in their home.

Till now, the COVID-19 pandemic is not over, and WHO may have just found a new ‘pandemic’ but its responsiveness towards the disaster control remains ‘pathetic’ as it’s still unsure what’s wrong with the Monkeypox virus.

Read More: WHO is doomed as the whole world is realising its China-bias and its role in causing the pandemic

The WHO’s complicity with China in concealing the pandemic until it got too big to ignore had prompted governments to take action. First was the Trump administration in the United States. He opted to slash financing to the WHO and then decided to leave the organization due to its pro-China tilt.

The organization’s credibility has decreased in the previous two years as a result of its mishandling of the COVID-19  pandemic. The WHO has taken so many disastrous U-turns that you cannot actually tell how is the organization helping the world.

Firstly, the organization stated that coronavirus is not spreading, then it stated that it has a heavy rate of spread. Then came the airborne confirmation.

The WHO kept boasting that the virus is ‘not airborne’ despite the availability of such evidence. But, once it was almost sure, the WHO took a U-turn and stated ‘it is airborne’.

In addition, The WHO keeps telling us that vaccines won’t end the pandemic, but later, it was the only organization that stressed mass vaccination.

And due to all these chaotic U-Turns, around 62 Lakh people have officially succumbed to the virus. Whereas, the exact toll is unknown.

We hate to say this, but WHO’s recent actions on monkeypox indicate we are possibly on the same course again.

Read More: Amid WHO’s flip flops, reports about sold out investigators, and infighting, experts around the world point at WHO’s fraud

Any of WHO’s actions are tainted by the organization’s poor track record and diminished credibility. Though it is not lethal and its spread has not become a concern. Yet, WHO’s action could make it certain that ‘Monkeypox’ takes its toll on the world.

Strange but true; US and Israel are helping Russia fight against the West