It's an inept organisation 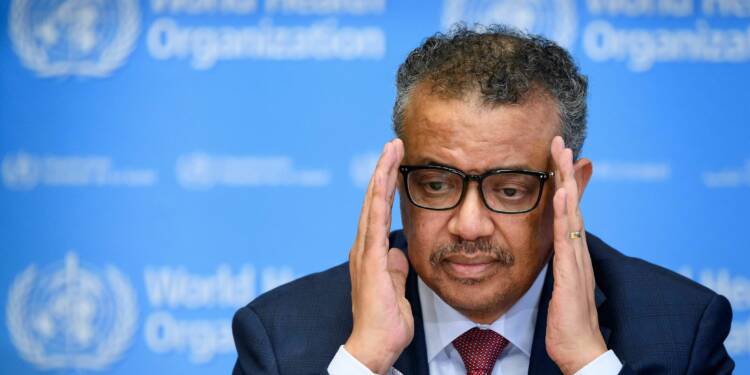 (PC: The Globe and Mail)

The World Health Organisation is fast heading towards its Judgment Day, after willfully slipping the entire world into the Coronavirus Pandemic. The European Union is the latest power to give a firm blow to the pro-China WHO.

The European Commission has proposed new rules which would necessarily empower the EU to declare a health emergency. The EU is also preparing to arm itself with the powers of examining the individual plans of its members to handle Pandemics. Historically, the organisation has exercised these powers to overwhelm Pandemics. But the EU cannot trust the WHO any longer and therefore it has decided to snub the Geneva-based institution.

The World Health Organisation is facing extensive criticism from within the EU. Peter Liese, a lawmaker from German Chancellor Angela Merkel’s party said, “Under pressure from China, the WHO declared the health emergency too late. It is therefore very important to have the possibility to act at European level in future similar situations.”

For the record, this is not the first time that the WHO has lost favour with a nation or group of nations. The WHO has been, in part, responsible along with China for around 1.3 million COVID-19 deaths across the globe.

From late acknowledgement of human-to-human transmission of the Wuhan virus to ignoring Taiwan’s early warnings in a bid to appease China and disastrous advice against using masks, the WHO simply abdicated all its responsibilities as a global health organisation.

The WHO’s complicity with China in hiding the Pandemic until it became too big to be played down has led to countries taking action against it since April itself. First, the Trump administration in the US decided to cut funding to the WHO and then the White House also decided to exit from the organisation over its pro-China bias.

Even the Japanese Deputy Prime Minister Taro Aso slammed WHO over its pro-China bias and called it the “Chinese Health Organisation”. Within India, the government simply ignored WHO Director General Tedros Adhanom Ghebreyesus’ catastrophic advice not to impose travel bans on China in January this year. India also paid no heed to the WHO recommendation against using masks. In fact, the Indian government sidelined the WHO and relied upon the Indian Council of Medical Research (ICMR), the apex body for the formulation, coordination and promotion of biomedical research in India.

The WHO faced backlash in Latin America also. Brazil’s Foreign Minister Ernesto Araujo said, “The WHO lacks independence, transparency and coherence. The foreign ministry is following its role with great concern.”

The World Health Organisation is therefore facing a global backlash. No one in the free world is ready to trust this Geneva-based organisation that has clearly compromised itself to Chinese influence. The WHO is clearly on the path of destruction.