Wang Yi was always a shameless man, now he is shameless and a liar 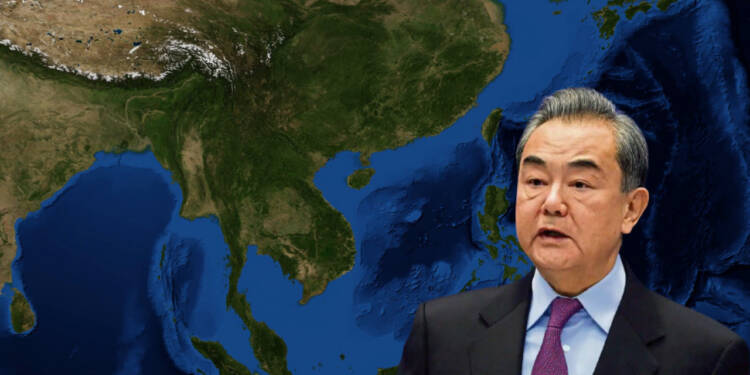 Wang Yi visited the pacific island nations lately with lots of hopes. China intended to sign a trade and security deal with the pacific nations. But all the dreams of Wang Yi were shattered. These pacific nations denied to sign any such pact. And now in order to escape the embarrassment, Wang Yi is denying any such intention to sign the trade and security pact. He merely stated that it was all fake news.

Nevertheless, as part of its ambitious expansionist ambition, China has been pursuing a presence in the region for a long time. It signed a Memorandum of Understanding (MOU) with Kiribati, an island nation near Australia, last year to upgrade an airfield, and then militarized three islands in the South China Sea.

After that, China and the Solomon Islands inked a security agreement, prompting concern in the Indo-Pacific area, particularly in the South Pacific. The vague terms used in the draft of the security agreement raised alarm in the neighboring nations.

A leaked version of the Draft agreement cautioned nations that said that China might send police, military personnel, and other armed forces to the Solomon Islands under the parameters of the draft agreement “to assist in maintaining social order” and for a range of other purposes. It might also deploy warships to the islands for rest stops and supplies, sparking suspicion about the prospect of a Chinese naval station on the islands.

“China’s plan to sign a sweeping trade and security deal with ten Pacific Island countries was dealt a setback as some of them expressed concern about specific elements in the proposal,” Australia’s ABC News reported.

Wang Yi’s visit to Pacific nations is full of embarrassment

In reality, these countries voiced their opposition as soon as Wang Yi’s visit was announced. These countries are concerned that China’s presence in the region may jeopardize regional security. As previously stated, China’s expansionist policies are clearly untrustworthy. However, Wang Yi made the remarks in order to reduce the threat.

And, as these nations denied to sign any trade and security pact with China, Wang Yi definitely faced discomfort. In order to escape the embarrassment suffered at the hands of these nations, Wang Yi said that China didn’t have any intention to sign any such pact and called the news “fake news”. He said that China came with an intention to build infrastructure important for the people’s livelihood.

“China has come to the South Pacific region to build roads and bridges to improve people’s livelihoods, not to station troops or establish military bases,” said Wang.

This is surely making our readers laugh out loud. Wang Yi is not only shameless but also a liar, as evidenced by this.