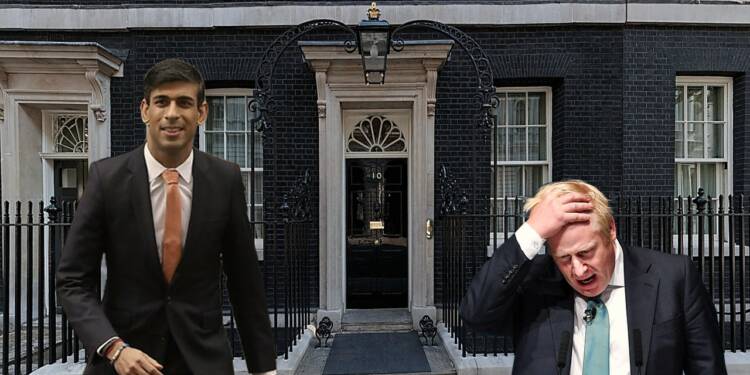 Britain’s prime minister Boris Johnson has mastered the art of distraction like no other of his counterparts. Any kind of flak directed towards the man with the disheveled hairstyle got rebounded with claims that had nothing to do with the context. When the opposition cried about the grim inflation figures, Johnson said he will sell the much-loved broadcaster channel 4. When accusations were rounded up about the illegal parties held at 10 downing street, Johnson blurted out claims accusing the opposition leader of enabling the pedophilia of the infamous jimmy Saville. This strategy worked well which unhinged the public from issues that called attention.

Boris had the traits of a feline who always found a wiggle room to escape from all the cries of disgust and chaos. It was a testament to his landslide victory in 2019 even albeit being mired in crisis of all orders.

But April 2022 gave little upset to the long-held strategy of the British prime minister. A police investigation found that he violated his own government’s lockdown rules during the height of the pandemic by hosting boozy parties at the prime minister’s residence. Resistance from Johnson failed with pressure spiralling like anything. Johnson for the first time faced something that he had never encountered before.

With Sue Gray’s report bringing open the mendacity of Boris Johnson, the party gate scandal gained traction among the public and with tabloids. Eventually, the pressure got piled up on the Prime minister to leave 10 downing street. But Boris is a man who loves ratings and public gleams, so he employed new tactics from his arsenal of statecraft by tossing words and claims to deviate the public from this particular issue.

Unfortunately, this time Boris Johnson’s claims had no buyers. As it seems now all drama of Boris Johnson is treading a path of tragedy. A growing number of lawmakers in the governing Conservative Party questioned the British leader’s flagging authority over the “partygate” scandal and the prime minister is set to face a no-confidence motion very soon. This development comes as at least 30 Tory MPs already publicly appealed to Johnson to resign and others have secretly submitted letters to initiate the no-confidence motion against him.

Many within the conservative camp even acknowledge the fact that Boris Johnson in all probability won’t be in 10 downing street anymore to sell his claims and lies that were a spectacle for many. But if Boris is on his end game, then who is his successor?

Three-quarters of the Britons feel that social diversity is deeply ingrained in their culture so they will be comfortable with an Indian origin Rishi Sunak replacing Boris Johnson. Two prominent Cabinet ministers of Indian origin–Chancellor of the Exchequer Rishi Sunak, and Home Secretary Priti Patel–are hotly tipped to be front-runners for the top job. Johnson may go incapable of imagining his close aide rishi sunak ascending power to the highest office in Britain but it was long coming since the people where seen booing and jeering Boris at the weekend Jubilee celebrations for the Queen.

Johnson who laughed off the 2019 elections with ease is currently on the blues. This time even a good long stroll on the alleys of Kyiv with Volodymyr Zelensky may not give the results needed for the tainted British prime minister. Boris Johnson’s whimsical ride in 10 downing street is nearing an end and it will be Rishi Sunak who will take the helm of matters in a week.