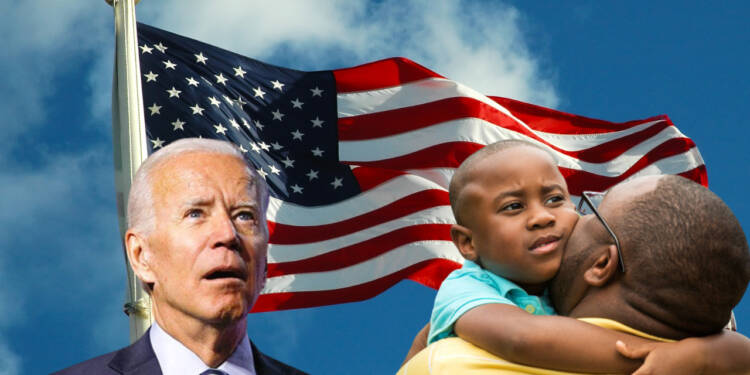 Black voters are particularly important to Joe Biden and Democrat party as they were responsible for their spectacular victory back in 2020. Black voters from counties like Mumford helped propel Biden to an 11,779-vote victory in Georgia, the first time a Democratic presidential candidate prevailed in the state since 1992.

Even the leverage that Democrats have enjoyed in the senate for the long haul is because of black voters. But, times are changing. Now, the Democrats are in a dilemma that they may lose the presidency and senate in a short span of 2 years.

A large chunk of black voters is discerned with Joe Biden. As per a report, Last year, Biden’s approval rating amongst Black voters was 87 per cent. But now, it has tumbled down at least 63 per cent. If the current polls hold up, Democrats have the lowest margins of the Black vote in 2022 since at least 1990.

The black vote has been a primary vote bank for the Democrats since 1964. But, this trend indicates that a shift is coming through in the party. At present, only 1 in 5 Black Americans say Biden has done “a great deal” or “a good amount” to reduce discrimination in the criminal justice system, while 76 per cent say he has done “little” or “nothing.”

Democrats need Black Americans to vote to win every election. Even though they are just 13% of the U.S. population, they are the dominant Democratic voters in large cities and Southern states like South Carolina, which leads the road to the White House. It’s unlikely they would turn to Republicans, but their ditching can do enough damage to the party prospects.

But, why are they all of a sudden leaving the democrat party? The answer is really simple, Joe Biden and his stupendous administration.

It is an undeniable fact that Joe Biden played many tricks to woo the black voters. Biden diversified the Supreme Court, White House, and Federal Reserve in order to help the blacks.

Biden also recently pardoned three people and commuted the sentences of 75 nonviolent drug offenders, amid calls for leniency in a system that disproportionately affects people of colour.

However, his few recent actions have made it enough for the black voters to ditch him. The terrible handling of the COVID crises, the Afghanistan blunder, the failure to contain the Russia-Ukraine war, and rapidly growing inflation are considered to be the major reasons why this is happening.

Democrats and Blacks have shared common grounds when it comes to the agenda of the BLM. But ever since Biden’s swearing-in, he hasn’t been as vocal an opponent of racism, as he used to be, earlier.

In addition, efforts to reform police stalled in Congress, and ended with an executive order that Biden admitted did not go as far as he’d hoped even as he signed it. Inflation has eaten away at people’s income.

This is pushing Democratic prospects into more trouble. The current dividing line in Black people is not a really good sign for Joe Biden and Democrats.

Read More: For the first time Black community completely disagrees with Biden’s policy and tells him to roll it back

With the mid-term elections approaching, the present pattern will have dire consequences, as Democrats might lose the slim majority they have over at the Senate and the House of Congress. Just about half of the Black voters, 49 per cent, say the outcome of this November’s election matters “a great deal” to them, down from 77 per cent who said the same thing about the presidential election in June 2020.

This indicates enough that Biden is probably heading to become the most hated ‘democrat’ President in the history of the United States.

23 Lips Quotes: Discover the unfolded stories behind your lips