Good news for the world: The Pandemic Treaty has been aborted 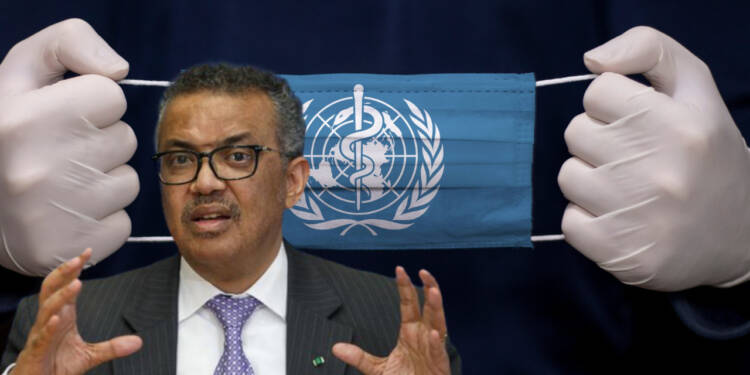 For more than two years, the world was afflicted with the covid pandemic. Millions of people died, and many more are still suffering from long-term illnesses. The World Health Assembly recently gathered in Geneva, where member states of the World Health Organization discussed current and future goals for global public health challenges. The conversations were held to discuss the prospect of a future pandemic and how to respond to it. Amendments to the International Health Regulations, or the so-called controversial pandemic agreement (Pandemic Treaty), were also proposed. But, about a half-dozen of these countries, the majority of whom are developing countries, are resisting the amendments.

A treaty by the rich and for the rich

Regardless, everyone acknowledges that the WHO failed miserably in its planning and implementation of policy in the face of this terrible pandemic. However, it appears that the WHO is not ready to stop the epidemic, despite the fact that the number of cases has decreased, critical sickness cases have gone down, and hospitals are no longer overcrowded.

The World Health Assembly agreed to begin a “pandemic treaty” in December 2021. The pact prioritised the development of a historic worldwide agreement on pandemic prevention, preparedness, and response.

The pact, according to Tedros Adhanom Ghebreyesus, WHO Director-General, is a once-in-a-generation chance to enhance the global health infrastructure to protect and promote the wellbeing of all people. It isn’t, however, accomplishing what he promises. While the COVID-19 pandemic resulted in a huge increase in the WHO’s global influence, particularly in developing countries, preparations are being made to expand its powers even further. This deal will be used as a weapon to further the WHO’s goal.

There is a ‘response’ clause in this pandemic treaty. This approach has the single capability of endangering the freedoms and bodily autonomy of the entire world population. Restrictive lockdowns, mandatory vaccinations, vaccine passports, travel restrictions, and other measures may be shoved by the WHO down the throats of developing nations.

Despite this, the WHO continues to be predominantly supported by the West. In 2018-2019, the United States emerged as the biggest donator to the World Health Organization (WHO). The West feels that the Big Pharma Lobby and the World Health Organization are effective tools for limiting the expansion of underdeveloped countries. Now, the recently suggested revisions are making poor countries more sceptical of the treaty’s terms and the rich countries’ motivations.

Read More: Dr. Tedros of WHO has not just caused a pandemic but is also breaking up his own nation Ethiopia

Botswana read a statement on behalf of 47 African member states on Africa Day, May 25. The country has stated that it will not approve “reforms” suggested primarily by the United States and other developed western powers.

Brazil, Russia, India, China, South Africa, Iran, and Malaysia are among the countries that have raised reservations about the amendments and have declared no support for them. Brazil has stated that it would sooner leave the WHO than be subjected to the proposed modifications.

Putin reunites Syria as NATO’s most ambitious war fizzles out

Russia now fully controls the Kerch Strait, and this changes everything