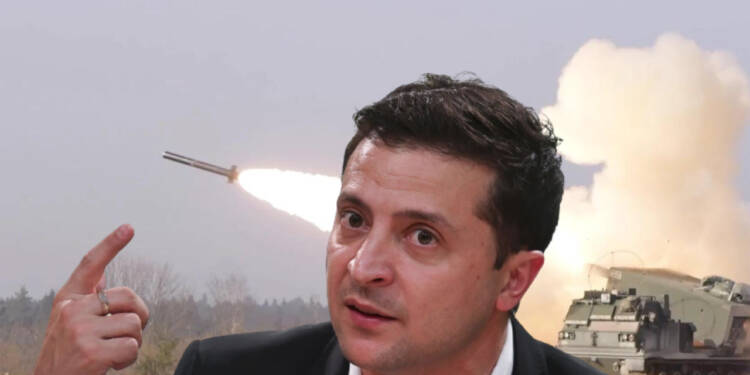 Blinded by its bigotry towards Russia, US president Joe Biden last week approved to send long-range missile systems to Ukraine, despite fears of a lethal retaliation from Moscow. Now, it’s being reported that Ukraine is illegally using this American weaponry to target civilian areas in the Russian-held territories of Ukraine.

In a statement on June 6 the Russian ambassador to the UN, Vassily Nebenzia, reported that Ukraine was killing innocent civilians in Donbas using American weapons. “We have taken note of the intention of the USA and the United Kingdom to supply long-range artillery and multiple launch rocket systems [MLRS] to Ukraine. …I would like to point out that the Kiev regime has already taken this as carte blanche to… intensify the shelling of civilian targets in Donbas, where after a number of recent defeats, the Ukrainian artillery was no longer able to reach”, said the ambassador.

Russian reports even claimed that Ukrainian forces targeted schools in the Donbas region, resulting in the death of one child, in addition to an uncertain number of dead and wounded among the adults who were working in the facilities during the attacks.

The possibility of a Ukrainian attack on Russian soil

But experts believe that Ukraine using these long-range missiles against civilians in Donbas was not their biggest fear. The situation in Ukraine could easily escalate should Ukraine decide to use these missiles to launch an attack on Russian mainland. Ukraine has assured that it won’t attack Russian territory. But what if it does? After all, there is not much transparency about Ukrainian security agencies.

Read More: Zelensky pushes Biden into a suicide trap. And now the ball is in Russia’s court

With organisations like Azov Battalion engaged in Ukrainian military operations, there is no guarantee on how American weapons systems might get used. Make no mistake, one such escalation could set in a chain reaction bringing the US and Russia to the brink of a military clash.

And what if Russia itself makes an issue out of US decision to equip Kyiv with long-range missiles? What if Russia itself claims that it has been attacked and starts taking counter-measures? If the claims being put forward by the Russian media are true, Russia can very well make it a point to retaliate quite aggressively against Kyiv on the battlefield.

Escalation on the cards

On Sunday, Russia had strafed Kyiv in an unprecedented manner using its launchpads in the Caspian Sea. Now, you might ask what exactly prompted Russia to wage such an offensive against Kyiv? The answer was Ukraine’s acquisition of American long-range missiles which provides Kyiv with the capability of launching a military strike on Russian soil, even on the capital city of Moscow. Kyiv has been urging the US and other Western allies to ship US-designed MLRS and HIMARS multiple-launch rocket systems. Initially, the bellicose US administration was dragging its feet on the proposal, but later Joe Biden showed it the green light.

And now, those weapons are being deployed by Ukraine to stake claims over innocent lives in Donbas. Now, blame it all upon Joe Biden if the war in Ukraine ends up in enmeshing US in a conflict with Russia.