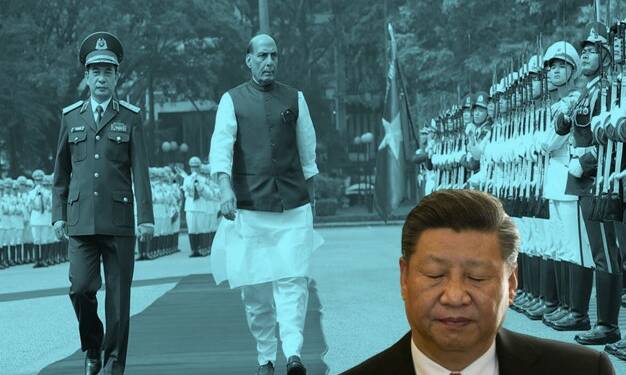 On Wednesday, India and Vietnam signed a vision agreement to broaden the “scope and scale” of defence ties by 2030, as well as a mutual logistics support pact that allows the forces of the two countries to utilise each other’s facilities for supply repair and replenishment.

The signing of the two documents, which came after Defence Minister Rajnath Singh’s “fruitful” talks in Hanoi with his Vietnamese counterpart General Phan Van Giang, is seen as a major step forward in India-Vietnam strategic ties, as both countries are concerned about China’s growing muscle in the South China Sea.

What led to the long-standing India-Vietnam relations?

With common historical origins in the liberation from colonial control and the national struggle for independence, India and Vietnam have always had close and friendly bilateral relations. In India and Vietnam, Mahatma Gandhi and Ho Chi Minh, both known as the Fathers of the Nation, led people in their courageous struggle against colonialism.

Furthermore, Vietnam’s position on regional security and its approach toward solving the South China Sea issue proved beneficial to vision of India for a peaceful Southeast Asia. During Prime Minister Nguyen Tan Dung’s visit to India in July 2007, the two nations’ relations were raised to the level of “Strategic Partnership”. Bilateral relations were further elevated to a “Comprehensive Strategic Partnership” in 2016, during Prime Minister Modi’s visit to Vietnam.

Meanwhile, celebrating the Golden Jubilee of India-Vietnam diplomatic relations, Minister of External Affairs of India, Dr Subrahmanyam Jaishankar had suggested in his tweet the need to reaffirm the commitment to the growing India-Vietnam Comprehensive Strategic Partnership.

On 50th Anniversary of our diplomatic relations, reaffirm our commitment to the India-Vietnam Comprehensive Strategic Partnership.

Will continue to work for the Joint Vision for Peace, Prosperity and People laid down by our Prime Ministers. @FMBuiThanhSon

Read More: The Philippines, Vietnam, Indonesia and Malaysia form a ‘Mini-Quad’ against China

India and Vietnam have been boosting their maritime security cooperation in the past few years to protect their common interests. The recent agreement is a further testament to the ever-growing relationship between the two Asian nations.

It is to be noted that the Memorandum of Understanding (MoU) on mutual logistics support is the first such major agreement that Vietnam has signed with any country. The pact will allow the militaries of the two sides to use each other’s bases for the repair and replenishment of supplies.

“In these times of increasing cooperative engagements between the defence forces of the two countries, this is a major step towards simplifying procedures for mutually beneficial logistic support and is the first such major agreement which Vietnam has signed with any country,” the Defence Ministry said.

Now, what’s pushing India to boost its presence in the South China Sea? Well, the SCS is a strategic centre integrating East Asia, the Pacific, the Indian Ocean, South Asia, and the Middle East, and is located near India’s edge, at the confluence of the Pacific and Indian Oceans. The SCS also serves as a buffer zone, preventing big nations from unleashing a devastating attack on India. Having a strong presence in the SCS could help India minimise its reliance on larger nations for its legitimate maritime needs. Furthermore, in the face of escalating Chinese coercion, India could seek refuge in the SCS, using it as a “pedal” to expand its strategic influence into the western Pacific. To put it another way, the SCS acts as an “Eastern shield“, boosting India’s balancing power against China.

Vietnam has been a staunch supporter of India’s dynamic engagement in the SCS. Vietnam has consistently viewed India as a trustworthy strategic partner, describing the bilateral relationship as “trustworthy and cordial” for a long time. While India’s geographical location in South Asia has traditionally positioned it as a key player “in the strategic calculation around the Indian Ocean”, Vietnam stands out as a focal point in India’s perception because Hanoi is located at the Indo-geopolitical Pacific’s centre. Furthermore, Vietnam, an important country of the ASEAN (Association of the Southeast Asian Nations), already has territorial disputes with China in the South China Sea Region.

India’s recent agreement with Vietnam has sent shivers down the spine of the Chinese Communist Party. Well, the Indian Prime Minister Narendra Modi has given Xi a taste of his own medicine.

So, it was Qatar that controlled US’ foreign policy for so many years