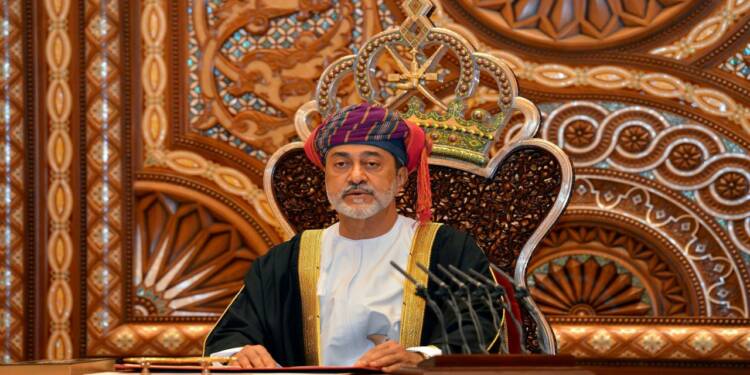 Since Sultan Qaboos came to power in 1970, Oman always walked a path of genial diplomacy avoiding any kind of tussle with other countries. Muscat figured a line to stay neutral on most issues and thus cultivated positive ties with the West, Russia, China, every Arab country, Iran, and India.

Swiss of the Middle-east

This neutrality got Oman crowned as the “Switzerland of the Middle East”. It is well known how the Swiss have mastered the art of staying neutral despite the Ukraine war that occurred in their backyard.

So, when it comes to Oman, the country with its long history is judged immune to any kind of diplomatic clash of any kind. With the world currently galvanized into the Ukraine war, many expected Oman to give a message to the world regarding which side they are leaning onto. But Muscat remained unclogged about the happenings in Eastern Europe and never pointed fingers at Russia for being the aggressor or at Ukraine for its audacious display that took the war to such a catastrophe.

It is to be noted that while most of the Arab states condemned the Russian invasion of Ukraine, Oman played its cards meticulously by not singling out Moscow as the aggressor in the war.

The cordial terms between both Russia and Oman were well evident when foreign minister Sergei Lavrov visited Sultan Haitham bin Tarik in Muscat. He also met with his Omani counterpart, Sayyid Badr al-Busaidi. When the media pressed on the Russian equation with questions that whether Oman made a mistake in Ukraine, al-Busaidi replied, “No, we don’t say that, otherwise we would be stuck in a ‘blame game’ that doesn’t allow for progress towards the end of this war.”

But the broader side of the picture simply doesn’t rely on the Ukraine war. The camaraderie that Muscat enjoys with Moscow further drags you into the terrains of Syria. Oman is the only country in the Gulf Cooperation Council to not support the Syrian opposition. Muscat’s public denouncement of Syria’s opposition didn’t bode well with its Arab allies. But with this move, Moscow had all good reason to bolster its already good relationship with Muscat.

Oman played a similar playbook when it came to Yemen where they opposed the Gulf states’ military involvement plans, which created quite a conundrum with Arab nations, especially Saudi, but Muscat was well in line with what Russia wanted in Yemen.

You see, Oman is overly dependent on Ukraine for wheat. According to UN data, roughly 50 per cent of the Sultanate’s wheat imports came from Russia and Ukraine in 2021. But things got topsy-turvy after Russia placed a blockade on Ukraine exports by closing the sea of Azov. Albeit being burdened with the tragedy of food supplies, the Sultanate assured Oman’s citizens that the country will not suffer from wheat supply shortages as a result of the war. While Russia feared that such a move would elicit a change of stance from the Sultanate, Oman surprised the Kremlin again by subtly covering the food crisis without inflicting any harm to Moscow.

As the war grinds on, the challenges may unfold in tandem for Oman. But the morality espoused by the Middle Eastern nation is not a smokescreen, they will abide by their neutrality for a long.