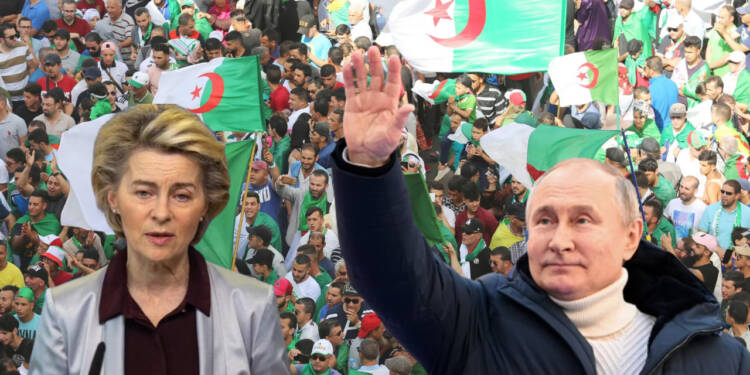 For European nations like Spain, Algeria is no less than a blessing in disguise. The country is a major gas supplier and helps Spain keep its industries up and running. In the wake of the Russia-Ukraine war and the ensuing gas crisis, the strategic value of Algeria for Spain and Europe has considerably increased.

But Spain has now levelled a big allegation against Algeria. Spanish Economy Minister Nadia Calvino on Monday claimed that Algeria was being virtually controlled by Russia.

Diplomatic tussle between Algeria and Spain

It may be noted that the relations between Spain and Algeria have nosedived over the past few months. The thorny issue of the Western Sahara dispute is the key reason for this burgeoning diplomatic crisis between the two nations.

The tensions between the two countries kept rising, which prompted Algeria last week to scrap the friendship treaty of 2002. The treaty had smoothened and regulated the migrant flow from Algeria to Spain, where both parties committed to cooperate on issues such as immigration.

Now, Algeria won’t cooperate with Spain over the issue, which becomes even more concerning in the wake of a burgeoning food crisis in Africa. Now, if a huge migrant wave of migrants from Africa gets triggered, Algeria would simply offer it a free pass to transverse through the Alboran Sea.

Now, after orchestrating this diplomatic crisis with Algeria by toeing Morocco’s line on the Western Sahara dispute, Spain is conveniently blaming Russia for inciting anti-EU sentiments in Algiers. Spanish minister Nadia Calvino recently said in an interview, “I saw back then that Algeria was more and more aligned with Russia, so this (decision to suspend the treaty) didn’t surprise me.”

Calvino also said she had noticed a growing rapprochement between Algeria and Russia at the spring meeting of the International Monetary Fund in April. In Calvino’s words, it’s Russia who is calling the shots in Algeria, and drifting the nation’s foreign policy away from the European Union. Deteriorated ties with Algeria will not only exacerbate the gas crisis in Europe but also pile more immigration burden on the continent.

Another Russian victory against EU

Taking the inevitable crisis into account, EU foreign affairs spokeswoman Nabila Massrali said Brussels was “extremely concerned” over the issue. She further said that “Algeria is an important European Union partner in the Mediterranean [region], and a key actor for regional stability.”

Read More: The Algeria files: China is cushioning itself before Russia lands a shattering punch

You see, regional stability is at stake for the European Union. And if Madrid’s allegations against Russia, that it’s engineering the diplomatic crisis between Spain and Algeria, are true, then this is a big strategic victory for Russian President Vladimir Putin. This is Spain’s open admission of loss! EU has thus suffered another massive defeat at the hands of a cunning Russia.