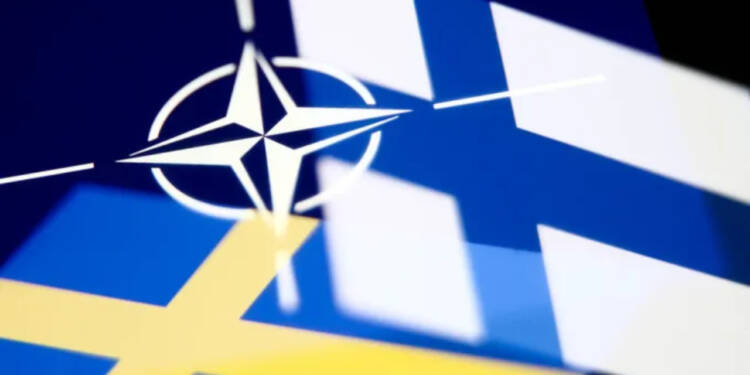 Till now all that we know is that Sweden and Finland were desperately bidding to get into NATO. But Turkey has been vetoing this demand at the NATO. And, Turkey’s consent is required for Finland and Sweden to join NATO as members. Turkish resistance stems from the belief that both countries back ‘terrorists.’ Turkey uses the term “terrorist” to refer to the Kurdistan Workers’ Party or PKK.

Sweden is fooling around

Despite the fact that the PKK is designated as a terrorist organisation by the US and the EU, Finland and Sweden have been hesitant to extradite PKK members to Turkey due to human rights concerns. Many Kurdish and other exiles, as well as adherents of Gulen’s movement, have sought asylum in Sweden and Finland in recent decades.

Ideally to garner Turkey’s support both Finland and Sweden must have put efforts to woo Turkey. But no they are not ready to make any such efforts. For instance, lately when no-confidence motion was raised against the Swedish Justice Minister Morgan Johansson,  Sweden’s prime minister Magdalena Andersson said that she would resign if the loses a confidence vote brought by the opposition in parliament.

And the opposition included The Moderates, the Liberals, the Christian Democrats parties and the Sweden Democrats Party. All had declared their support for the no-confidence vote against the minister. The four parties plus one more member of parliament was needed for the vote to be passed. Amineh Kakabaveh, a non-affiliated legislator with a Kurdish background, was thrust into the spotlight by the one additional vote required to support the no-confidence resolution against the minister. She is a Swedish politician with Kurdish ancestors from Iran. Fortunately, Morgan Johansson, the Justice Minister, is on the case.

Johansson was lucky enough to survive the motion of no confidence. And it’s all because of Amineh Kakabeveh’s help. This plainly indicates that Sweden has yet to accept Turkey’s demand that it abandon its Kurdish-led alliance. Amineh Kakabaveh would never support Morgan Johansson if Sweden was truly working on the issue, which means it was attempting to break up with the Kurds and the groupings.

Now coming to Finland, it is playing a similar game like Sweden. Though it is eagerly awaiting NATO membership, it overlooks the importance of Turkey’s vote in the matter. However, if it was serious in joining NATO, it should have made an attempt to accept Turkey’s demand. But, Finland, being Finland, is attempting to infuriate Turkey even more.

A left-winged party in coalition with Finland’s government lately at a party conference lent its support for the objective of removing the terrorist classification of the Kurdistan Workers’ Party (PKK) at the EU. Also, recently Finnish President Sauli Niinisto said that Finland won’t join NATO without Sweden.

Niinisto stated, “I say that Sweden’s case is ours. That means we will go further hand in hand.”

Isn’t that a laughable situation? It seems these two countries are just beating around the bush over the matter. They are presumably least bothered about getting membership of NATO.

Why are Sweden and Finland doing so? Because they know if they get into NATO, they are for sure going to attract Russian aggression. And this is something they would definitely want to avoid.