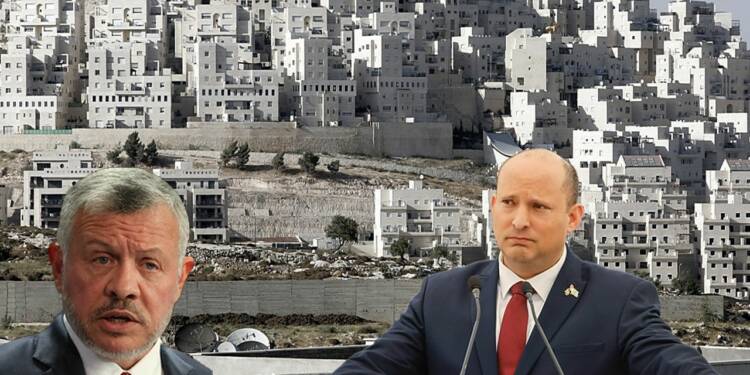 Every attempt that Israel pursued to end the conflict in the west bank did nothing but only worsened the situation to a further low. And now, Tel Aviv has discerned it’s time to revisit the Jordanian angle. West Bank was once under the powerful clout of Jordan which ruled the area from 1948 to 1967. It was only after Israel wielded success with the partial annexation THAT Jordan distanced away from the region when the late King Hussein of Jordan renounced his country’s sovereignty claims in favour of the Palestine Liberation Organization (PLO).

Plots are anew for west bank

The political happenings in this region made Jordan step aside to give more leeway for Palestine to move on with its dream run of creating an independent state in the region. But the reality says that dream is nowhere near success.

Even though Israel is still to completely annex the West Bank, it is well written in the picture about how Tel Aviv could push its military might to get hold of the region. It may be just a matter of days but Israel is wary about the geopolitical repercussions if they smart such a move.

Minding this fact, Israel’s inner circle of Political elites has now advocated a Jordanian- Palestine confederation in the disputed land of the West Bank. Outsiders not having a clear idea about the happenings in this region may tend to feel like Israel committing a grave mistake with this move. But do you seriously hold the belief that the Jews are such naïve?

A Jordanian-Palestinian confederation has a more compelling logic in terms of economics, religion, history, and memory. Palestinian nationals who once vowed for an independent state in this region have moved on with their stance. A sizeable number of Palestinians in West Bank are destitute, and they are just fulfilling their day-to-day needs in meagre ways that they can afford. These people have seen it all and they just don’t want their life to be galvanized in violence and hatred anymore. So, a Jordanian option can win hearts since the long history of the Jordan-Palestinian alliance is still intact.

But history has moved on. Jordan’s establishment is in an environment of threats, mainly emanating from Iran over the northern Iraq dispute and the sway that Jordan commanded over its dealing with Aqaba port. The Lebanon water crisis and the drug inflow from Syria to Amman through Iranian back channels also created a speck of rivalry between the Hashemite Kingdom of Jordan and the Shiite Iran regime. Adding up altogether, it was adept for Jordan to side up with the right people, so it did with Israel.

Read more: Aqaba Port is the new gamechanger that could make Iran suffer in silence

In 2012, Crown Prince Hassan bin Talal of Jordan said that since no two-state solution was still possible, the Palestinian Authority should let Jordan recover its control of the territory in West bank. Even in 2008, former prime minister of Jordan Abdel Salaam Majali proposed plans for a Jordanian-Palestinian confederation based on equal representation for the two states, with a Palestinian and a Jordanian rotating in the positions of speaker and prime minister. The king would be the head of state not in his capacity as Jordan’s king but as a descendant of the Hashemite dynasty.

The global issue of the present has made Jordan the new close confidante of Israel. Tel Aviv on its part is appalled by the plummeting number of Jewish demographic predominance in the historical region of West Bank.  And Israel won’t be able to single-handedly pursue its targets in this region simply with its military might. Even if they brave such a move, it will be ensuing mayhem and nothing more.

So Israeli prime minister Naftali bennet is currently treading a line of pragmatism and is taking guidance from the plan proposed by former Prime Minister Ehud Olmert in 2007. Jordan has a history of dominance in this region and they simply won’t like terror outfit Hamas getting into the West bank terrain. For Israel, they will get a new interlocutor in West Bank who will act in compliance according to the need of Tel Aviv to help counter the Iranian offense.