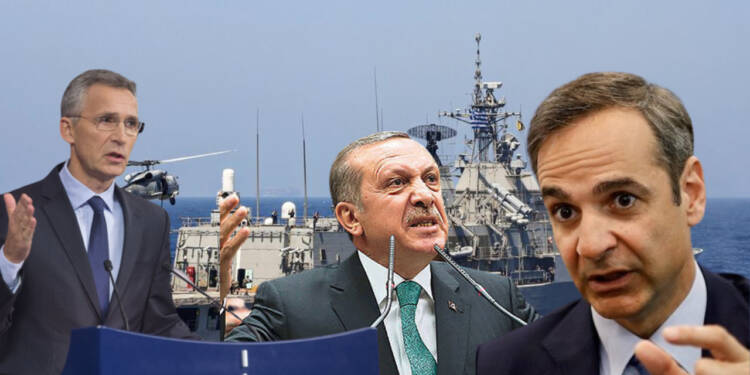 Greece and NATO are crossing swords with each other. And it seems that Greece might just be feeling way too suffocated inside the trans-Atlantic alliance. The immediate trigger is NATO Secretary General Jens Stoltenberg’s remark validating Turkey’s concerns about “terrorism” and accession of Finland and Sweden, in a veiled reference to Erdogan’s insistence on labelling Kurdish fighters as terrorists.

This is however one side of the territory. Greece has, in fact, five historic reasons to be unhappy with NATO that could lead it to exiting the alliance forever.

In 2008, Greece faced its first major economic disaster due to an unprecedented economic crisis. As a part of the European Union, Greece expected Western European powers to rescue it. At that time, the EU did come to its rescue. A bailout package was announced for Greece and billions of Dollars were released to ensure that Athens had enough money to pay its debt and keep its banking system afloat.

But in hindsight, Greece had its pride wounded. Then German Chancellor Angela Merkel led a campaign to force fiscal austerity upon Athens. Greek people were told that they will have to manage their expenses because Berlin wants to control their government’s fiscal policy. Greece was asked to adhere to rules or face consequences. And this is how the hate relationship between Greece and the Western world started.

Greece forced to fund recovery during the Pandemic

Tables however turned against Western Europe during the Pandemic. Greek economy showed good resilience during the COVID-19 outbreak. This time it was France, Italy, and Germany that faced a major crisis. These rich European nations were the ones who needed relief from the EU now.

Now, Greece was forced to fund the recovery of the more prosperous European countries. This again meant a major setback for Athens. After all, Greece had just started to emerge out of its economic crisis and it wasn’t really ready to share the pain of the economic crisis unfolding in the Western part of Europe.

The next big shock for Greece has been Turkey’s sabre rattling and the silence of the EU and NATO. Both Turkey and Greece are NATO countries. Greece is also an EU country and deserves the support of the two alliances in face of any aggression against its territorial sovereignty. However, both of them stayed silent in face of Turkish bullying.

In fact, German submarines have empowered and enabled Turkish aggression against Greece. This provokes Greece against Berlin and Brussels. If Greece is really a part of the EU family, then it is being backstabbed by its own family. And Greece is definitely not happy about it.

Greece had also been protesting against Turkey over deployment of a research vessel in the Aegean Sea. Greece kept crying foul about Turkey’s plans to carry out scientific surveys in the Greek Exclusive Economic Zone (EEZ) and expected some sort of support from its EU and NATO allies. However, apart from some bilateral support by France, the EU and NATO never really stood behind Athens.

The EU had its own issues like the threat of incoming refugees via Turkey to avoid supporting Greece explicitly. NATO, on the other hand, seemed to avoid making a choice between two member countries and Greece was left to fend for itself.

If Greece needed one final reason to be upset with the EU and the NATO, Turkish aggression against Cyprus provided it with that reason.

Turkey has been having some contentious disagreements with Cyprus over oil drilling in disputed waters around Cyprus. On its part, Ankara has insisted on drilling in these waters and blocking Cyprus’ attempts to exercise its sovereignty. Turkey Cyprus gas well.

More problematic is Turkey’s support for a two-State solution to resolve the Cyprus issue. This has, of course, made Cyprus angry. Greece, on the other hand, too views Turkey’s attempts to effectively partition Cyprus as a major security threat given Erdogan’s expansionist plans. Yet, we see no pushback from NATO against Turkish expansionism.

History, therefore, seems to be repeating itself in Eastern Mediterranean. In 1974 too, Greece had left the NATO because of the alliance’s silence following invasion of Cyprus by Turkey. Today, Turkey is again flexing its muscles and NATO is silent all over again. Greece could thus quit NATO and set in a domino effect with Cyprus too getting disenchanted with the trans-Atlantic alliance.

Russia readies itself to punish Lithuania for crooning the NATO song

26 I am not perfect quotes and captions for Instagram