Russia readies itself to punish Lithuania for crooning the NATO song 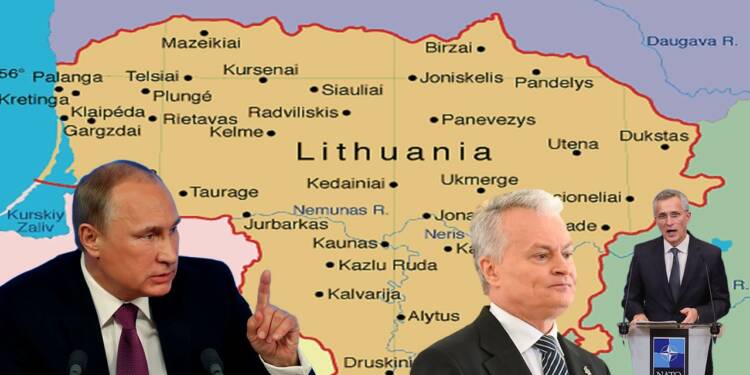 The relationship between Lithuania and Russia has changed dramatically since the breakup of the Soviet Union in the early 1990s. With the passage of time, the paths of political and economic transformation in Lithuania and Russia diverged more and more. Lithuania placed a high priority on joining the EU and NATO. There has been a deliberate policy of Lithuania to decouple from Russia and integrate into the EU common market.

Despite its Russian origins and close historical and cultural ties with Russia, Lithuania placed a greater emphasis on EU and NATO countries. And this has obviously put Lithuania on Russia’s black list.

But lately, even more crooked acts of Lithuania have irked Russia to a great extent. Lithuania has been enthusiastically helping Ukraine in the ongoing conflict. For instance, Lithuania lately signed an agreement with Turkey to purchase the unmanned aerial Bayraktar TB2 strike drones to be supplied to the Ukrainian army.

Taking on his official Twitter account, Turkish Minister of National Defense Arvydas Anusauskas said, “Agreement was signed in Turkey today with the President of the Turkish Defense Agency prof. Ismail Demir on cooperation with the Ministry of National Defense of Lithuania. This agreement paves the way for the purchase of Bayraktar.”

In fact, crowd funding was done to buy these drones. An estimated 2.8 million people managed to raise the funds in just three days to buy the Byraktar TB2 unmanned aerial vehicle for Ukraine from Turkey.

Furthermore, Lithuania gave NATO unrestricted space to expand its military presence in the border areas. Lithuania, Estonia, and Latvia have recently submitted an urgent request for more troops to fend against a possible Russian invasion. Germany already commands the NATO contingent in Lithuania, and Chancellor Olaf Scholz’s intention to send an extra 500 troops to the country would raise Germany’s overall troop presence on the ground to around 1,500.

This has clearly infuriated Russia, and Russia is about to teach Lithuania a life lesson. A member of Russia’s State Duma has introduced a bill in the Russian parliament that would repeal the USSR’s recognition of Lithuania’s independence. This is a clear threat to Lithuania’s very existence.

Nonetheless, Lithuania may assume that if Russia replicates the Ukrainian episode with it, the EU and NATO countries will come to its aid. Well, Lithuania needs to wake up from its deep slumber. Lithuania is definitely forgetting the China episode. China-Lithuania relations reached a breaking point in July 2021 over Lithuania’s decision to allow a Taiwanese representative office to open under the name of “Taiwan” in Vilnius.

China interpreted this move as a challenge to the “One China” policy. Though the EU initially sided with Lithuania, once China retaliated with harsh measures, EU states isolated Lithuania.

The EU has left Lithuania to its own. These EU countries were afraid that if they went anti-China, China would retaliate with sanctions. As a result, Lithuania should not be reliant on these EU and NATO countries, because the EU is clearly incapable of leading a fight. And whatever decision Lithuania makes in the future, it should do so for its own sake, putting its ego aside.