For the first time Americans are migrating en masse to Mexico 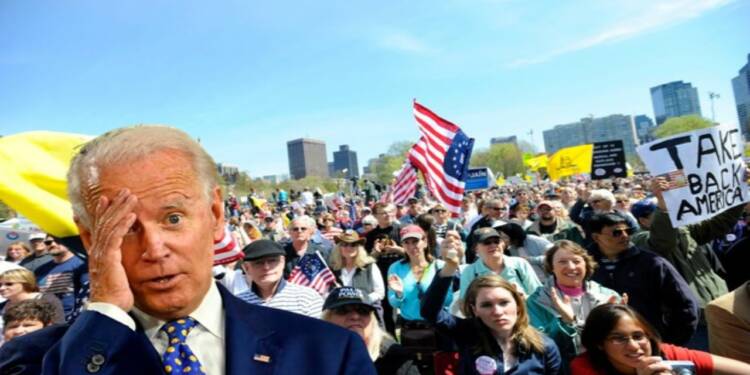 The promised land is not so promised anymore, thanks to the Biden Administration of the USA.  We have heard about the influx of migrants from Mexico into Southern California in search of security and employment but things are happening in the opposite manner forming a situation that could be termed as “Reverse Migration”.

Read More: Biden’s police caught 42 terrorists on the Mexico-US border, and then released them to mainland America

When talking about migration, we often picture several destitute immigrants looking for security and opportunity in better countries. However, things have been a little different this time. There has been a turn of events with almost 360,000 US citizens leaving California in 2021.

Inflation in the US

The United States has been the land of “opportunity” for almost a hundred years with people from all over the world shipping off to its shores in search of a better life. Unfortunately, for the past few years, this has not been the case. Biden is on a mission to destroy everything that makes America great.

The failure to address the COVID dilemma, along with causeless masochism in the face of the Russo-Ukraine war, has had disastrous consequences in the United States of America.  The prices of food products and gas have risen and hit new records owing to inflation rates being the highest in almost forty years. The Biden administration is repeatedly assuring the populace of America that they would contain any extravagant effect on the pockets of the consumer. Americans, on the other hand, have begun to take Biden’s statements with a grain of salt. And why wouldn’t they? After all, gas costs in some regions, such as California, have risen to $ 6.50 per gallon.

California has always been more costly to live in than the national average, but recent trends have pushed prices through the roof. Under record-breaking inflation, commodity and real estate prices in California’s “Golden State” have become exorbitant.

Read More:  Without Trump in the White House, Mexico and Canada take the US for a ride

As reported in the fourth quarter of 2021, only one-fourth of residents were able to afford a median house whose range starts at around almost a ridiculous $8,00,000. Just $2,00,000 shy of a million for a house in the state, no doubt Mexico does sound better.

You see, many Californians are considering living in Mexico because of its low cost of living and proximity to the American mainland. A trend has been observed where American citizens are residing in Mexico and travelling regularly to their work in the states. This sudden influx of home buyers in some areas of Mexico has driven up the property prices in the area, yet it remains a far better deal than residing in California.

The real estate market in Mexico is now booming, all thanks to the inflow of American money to her southern neighbour. It is almost laughable to witness that the Americans could soon be the ones who could be on the receiving end of policies such as Title 42 which allowed the United States to quickly expel migrants to their country of origin or Mexican border towns. This is what you get when you put a senile 79-year-old inefficient man at the helm of affairs.

Positivesingles.com: Have Herpes? Your Dating Life Is Not Over