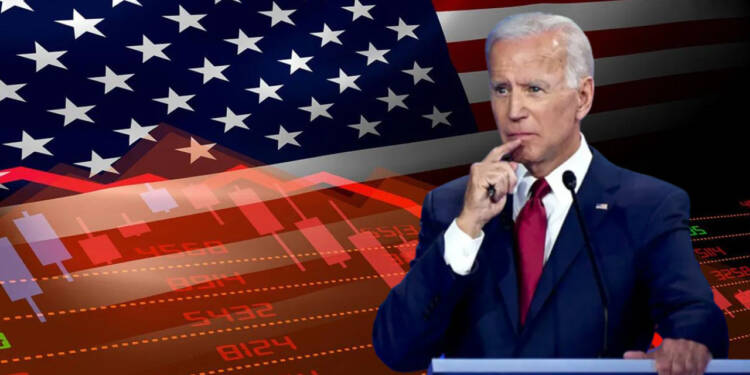 Jerome Powell, the Chair of the Federal Reserve of the United States is attempting to paint a happy picture of the state of the US economy. However, things are far from being happy. In reality, the economy might be heading towards one of the deepest slumps ever in US history.

In an attempt to halt the price aggression driven by Inflation, the Fed authorities earlier this week hiked interest rates exponentially. The hike in percentage numbers is something that American consumers have not witnessed in almost three decades.

When the state of the economy makes big industry players like Walmart feel the heat, it becomes imperative to understand the quality of impact. Economists and Industry experts consider a recession to be a state when the GDP ( Gross Domestic Production) of a nation falls back to back for two consecutive quarters. US GDP plunged almost 1.4% in the first quarter of 2022 due to multiple factors like a spike in COVID cases, the war in Ukraine, and bad policy execution at home.

According to Investopedia “ The misery index is meant to measure the degree of economic distress felt by everyday people, due to the risk of (or actual) joblessness combined with an increasing cost of living. ”

A variety of sophisticated techniques and economic principles have been developed that can interpret data to deliver the extent of misery that the citizens are experiencing. According to recent trends, the Biden administration has been able to impart its citizens with misery similar to what was experienced by US citizens during the Carter era.

Biden would soon be expected to start pointing fingers at his predecessor to Putin and maybe even Zelensky. But the American misfortune is mostly of their own creation this time with just a little support from geopolitical factors.

However, the mood of the voters would soon be reflected through the upcoming midterm elections in November where the Democrats would have to put up a strong fight to protect their upper hand in Congress. Biden needs to buckle up for a bumpy ride if his party loses the ability to push through necessary policy to pick up the economy.

The consumer purse has lightened due to high inflation and the consumer is now fearing a complete hit on its purse. Biden is busy coming up with propaganda that could show the economy in good condition. The common citizen, however, is scared of the thunderstorms that are to follow.

The ruling government is trying to paint a positive picture through its propaganda machine. Although, propaganda channels could not even straight off lie blatantly when facts speak for themselves.

Biden’s very own propaganda channel Bloomberg Economics, a pro-Biden liberal media outlet run by Democrat billionaire Michael Bloomberg has hinted that the United States is on the path of a “Fed – Triggered” recession that might cost Biden a second term. The report by Bloomberg confirms the underconfidence of even Democrats in the ruling government.

Joe Biden knows he has made a blunder while tackling inflation. Now, when nothing is working out. Joe has blamed the Federal Reserve for the inflation. Let the White House say what they want to say, the truth remains that Joe Biden’s blunder during the Russia-Ukraine war has made the situation worse for America, and so for the world. This blame game isn’t going to work out for Biden this time.