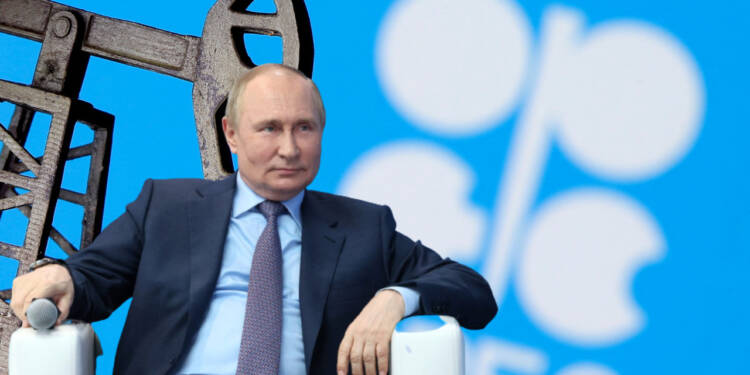 The overdependence of Europe on Russian Oil is filling up the coffers of Moscow. Moscow is reportedly minting around a billion dollars every day from its energy exports. Putin would like to pull in more and more cash to pump it into the highly sanctioned Russian economy and he has the perfect plan.

The world is under the threat of a food crisis and hyperinflation. Many countries have increased the lending rates in their countries to curb the explosive inflation. Amid all this crisis, Putin is weaving up a strategy to drive up energy rates and make more money to undo the devastating effects incurred by the Russian economy due to the western sanctions.

Time To Unveil The OPEC Card

Russia, an OPEC Plus nation is all set to leverage its position and influence as an oil supplier. OPEC Plus is an organization of oil-exporting companies from all over the world. OPEC and OPEC Plus have the capability to push oil prices high when required.

A majority of the OPEC countries originate from the Middle East. Russia’s influence amongst OPEC and the Middle East has given Putin an edge to strangle the energy supply all over the world.

The Middle East and North Africa are major exporters of crude oil to Europe. Europe’s dire lust for alternate oil supplies that could replace Russian oil would surely push them to take mandatory steps to affirm their relations with the Middle East.

Putin has taken notice of the crisis the Middle East is suffering from. The Ukraine war has threatened the grain supplies of all developing nations. The Middle East has been severely affected by the crisis and is on a spree to take necessary steps to ensure food safety and security.

UAE has banned the re-export of Indian wheat for four months from its shores after Indian authorities banned the export of grain from the country. Putin has sensed the desperation of his OPEC friends and could possibly be ready to offer them relief.

“Ships loaded with the grain will leave Azov Sea Mariupol port soon, shipments may go to the Middle East,”  Denis Pushilin, the leader of the Russian-backed separatist Donetsk region of Ukraine, says

What Comes Out Of It?

Russian resilience in the face of Western sanctions has enabled it to offer a supply of wheat to desperate OPEC countries. The OPEC countries could possibly be asked to refrain from selling oil to Europe or limit supply to drive up the prices that would later benefit all producing nations.

The surge in oil prices would hit the Western nations the worst which could enable them to ease sanctions on Russia. Putin on the other hand, would be filling up his coffers to reaffirm the economic security of Russia.

Collection of 25 Frustration quotes and captions