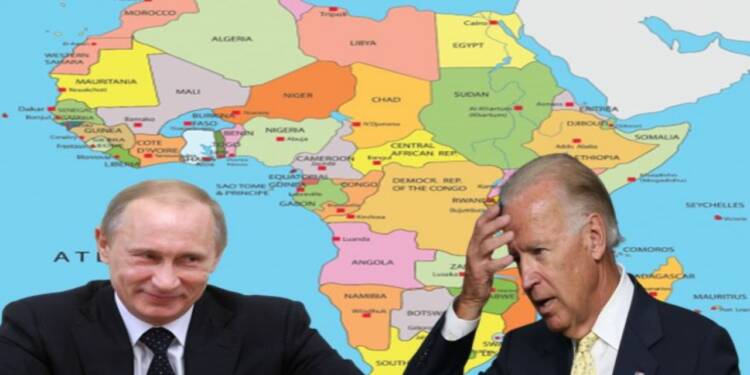 Putin has played the Uno-Reverse card on the Western sanctions. The severe miscalculation of Russia’s power and influence by the West has in turn paralyzed the world economy and has led to the threat of hyperinflation and global recession.

Europe has intensely misjudged the expected reaction of their southern neighbours to the conflict in Ukraine.  The chairman of the African Union warned the EU leaders on Tuesday that their decision to expel Russian banks from the SWIFT financial messaging system risks hurting food supplies to the continent.

Sisi reaffirmed his deep relationship with Russia and talked about the noble undertakings of Moscow in Egypt. The Egyptian President further talked about the Dabaa nuclear power plant and the establishment of the Russian Industrial Zone in the Economic Zone of the Suez Canal, which is meant to become an important platform for the industrial sector in Africa.

The actions of the Egyptian President to woo Moscow amid heavy western sanctions stem from the impending food crisis Egypt could be severely entrapped in the future. You see, Europe’s plan to block the food supplies to Africa and direct Ukrainian supplies to fill their own granaries has led to a power shift by many African nations including Egypt.

West’s selfish move to exclude Russia from major banking systems like “SWIFT” has had negative effects on developing nations who are now finding it difficult to conduct trade and ensure food and energy security.

“I would also like to tell you that our countries are very concerned about the collateral effects of the disruption caused by the blocking of the SWIFT payment system,” Macky Sall, the President of Senegal said.

While the West continues to isolate African nations, Putin is on a spree of showing power plays by signing military deals with African countries amid sanctions. Cameroon, a country in Central Africa signed a military deal with Russia after the invasion began and became the first African nation to do so.

Moreover, reports indicate that Russia’s Natural Resources and Environment Minister Alexander Kozlov intent to help Zimbabwe by employing the Russian company ‘Zarubezhgeologiya’ to work in the area of geological mapping in Zimbabwe.

“The sanctions that the NATO states have imposed on Russia for attacking Ukraine will find very few supporters in Africa,” Dr Mustafa Mheta, head of the Africa desk and a fellow at the Johannesburg-based think tank Media Review Network (MRN), told Anadolu Agency in an interview.

Well, the sanctions’ original goal has backfired on their designers, wreaking havoc on Africa’s developing nations. Russia, on the other hand, is making efforts in the continent to support African citizens from the possible aftermath of a food crisis that could soon alchemize into rampant poverty and widespread malnutrition. Doubtless, this would naturally push the African countries to support Putin.

URGENT
TFI Global is launching a brand-new channel for Canada. JT is bound to be upset but you can always rub salt into his wounds by clicking the subscribe button: