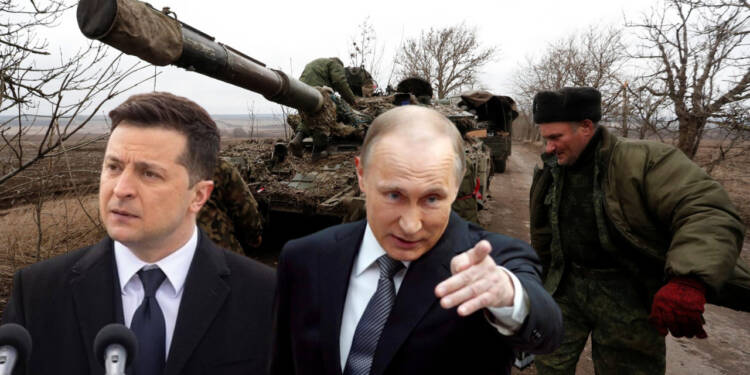 The Russia-Ukraine war is heading to the fifth month and Russia has emerged victorious in Donbas and Luhansk. Russia’s state-affiliated map service Yandex has already included the region in Russia’s territory. Back in 2014, when Russia annexed Crimea. Ukraine along with other West allies signed the Minsk agreement with Russia to make a ceasefire in Donbas.

This deal included a ceasefire, the removal of heavy weaponry from the front lines, the release of prisoners of war, constitutional reform in Ukraine providing self-governance to specific areas of Donbas, and the resumption of Ukrainian government control of the state border.

The Minsk agreement directed the reinstatement of full control of the state border by the Ukrainian government throughout the conflict area. Now, former Ukrainian President has boasted his government for the Minsk deal citing that it benefitted Ukraine, but this deal was actually a pro-Russian move by Petro.

Former Ukrainian President, Petro Poroshenko has admitted that the 2015 ceasefire in Donbas, which he negotiated with Russia, France, and Germany as president of Ukraine was indeed a distraction intended to buy time for Kyiv to rebuild its military.

He made the remarks in interviews with numerous news outlets this week, including Germany’s Deutsche Welle television and Radio Free Europe’s Ukrainian unit. Poroshenko also defended his presidency from 2014 to 2019.

He took credit for Ukraine not falling into Russian hands in a couple of days, as some Western officials had predicted. According to the former president, the country was able to withstand the invasion because of military reforms enacted during his administration.

Poroshenko stated, “We had achieved everything we wanted, Our goal was to, first, stop the threat, or at least to delay the war – to secure eight years to restore economic growth and create powerful armed forces.”

But, is it so? Has it helped Ukraine to secure itself from Russia? Actually no. The Russian invasion has destroyed eastern Ukraine completely and Ukraine has done nothing new in upgrading its military, they have stuck to just increasing their arsenal.

Read More: Europe must not cross the Rubicon if it wishes to avert WW3

Poroshenko’s government was supposed to grant general amnesty to the rebels and extensive autonomy for the Donetsk and Lugansk regions. Ukrainian troops were supposed to take control of the rebel-held areas after Kyiv granted them representation and otherwise reintegrated them as part of Ukraine. Nothing of this ever took place.

Poroshenko also says that Russian President Vladimir Putin has violated the Minsk Accords. Ukraine never implemented any of the portions in the deal, claiming it could not proceed unless it fully secured the border between the rebellious republics and Russia. He instead endorsed an economic blockade of the rebel regions initiated by Ukrainian nationalist forces.

Now, Russia is back in Donbas and Luhansk to grant them independence and Ukraine is in shudders. So, the Minsk agreement never helped Ukraine.

It may seem absurd, but a country led by a comedian will not be able to defeat Russia in a war. Ukraine pulled off a masterstroke in 2015, according to Petro Poroshenko’s comments. The truth is Ukraine made a mistake. Therefore, opting for a ceasefire was Ukraine’s most pro-Russian step.