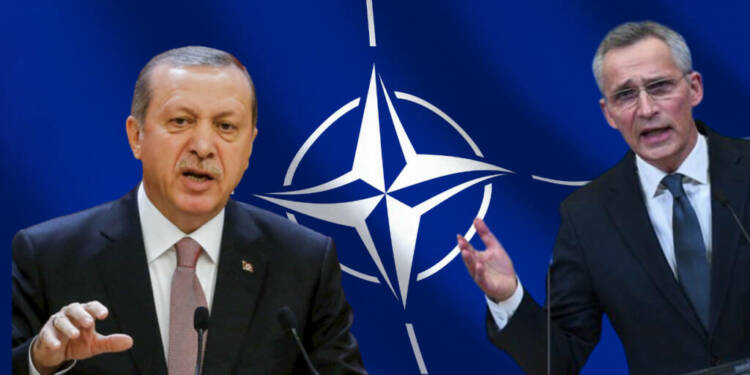 Everything is not okay between NATO and Turkey, as NATO wants to induct Finland and Sweden into NATO. Turkey is quite adamant to oppose the motion. Erdogan stated that his opposition to Sweden and Finland joining NATO is the Kurdish insurgency, which Turkey views as a security danger.

But, this is not the first time that Turkey and NATO have sparred with each other. There have been many more reasons earlier as well where Turkey has disagreed with NATO allies. A famous case is Jamal Khashoggi when Turkey started softening its stance with Saudi Arabia ditching NATO’s efforts.

You see, Turkey has a sense of being exploited inside the alliance, and so, for the first time ever, Turkey has indicated that it wants to leave the alliance and explore more opportunities, and it could prove to be a major setback for NATO.

Turkish media has openly started raising voices against its own allies in NATO. Recently, a Turkish media has uploaded an article against the US entitled, “US will not cut the NATO bond, Turkey should”. In this article, the author openly states and proves, why will NATO and Turkey apart their ways soon.

The article asserts that there is no single satisfactory answer to what advantage Turkey and the Turkish people have seen in 70 years.  Ankara has faced only humiliation.

For instance, the US  continues to aid Greece, the arch-nemesis of Turkey. With its new defence deal, the United States has transformed Greece into an “American garrison”; the US has made a military build-up from Alexandroupoli to Crete which is clearly against Turkish interests.

Moreover, Turkey is also concerned as the US has pitched a new NATO border with Greece, Southern Cyprus, and Israel line carving out Turkey.

The author of the article also believes that the US wants to keep Turkey in NATO for multiple purposes, but none of that is beneficiary for Turkey. The US wants to make the Black sea a NATO lake; wants to continue Caucasus plans and importantly, wants to dampen Greater Eurasia’s dream. All of these serve no substantial gain to Ankara.

What could Turkey do?

We all know very well that Turkey is an opportunist country and it can go to any extent to secure its gains. Talking along the same lines, the article stresses that Turkey should close the Black Sea, the Caucasus, and the Western gate of Central Asia for the USA, and become a part of the Great Eurasian Partnership and the new world.

This all could be done at one cost which would be leaving NATO. For Turkey, it will be worth it. The USA does not want to cut ties with Turkey, it wants the nation to get anchored by the West despite differences. Therefore, it is up to Turkey to cut that bond.

The article is indicative of the growing political atmosphere in Ankara. It would not be a surprise if Turkey eventually quits NATO.