Is Germany secretly working on the Minsk Agreement 3.0 to stop the war? 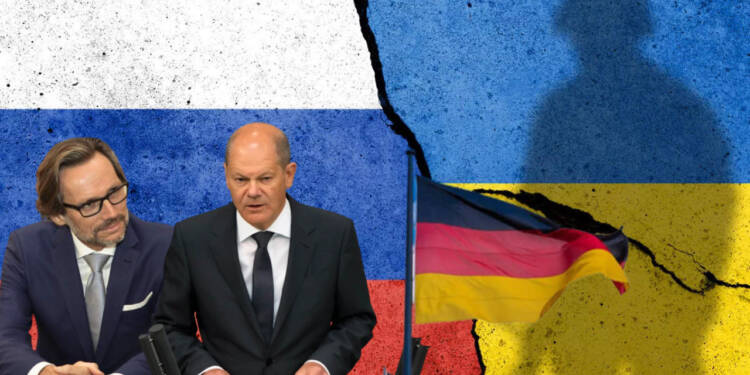 A new day, a new solution to end the Russia-Ukraine conflict! Germany seems to have devised a solution that would ultimately end the conflict as of now. But what is the solution? And who is going to get an edge over the other? Let’s find out.

In 2014, an agreement called the ‘Minsk agreement’ was signed after the Russian action in Crimea. The agreement was signed between Ukraine and Russia and the Organisation for Security and Co-operation in Europe (OSCE) with mediation by France and Germany.

Under the first Minsk agreement, Ukraine and the Russia-backed rebels agreed on a 12-point ceasefire deal. With this, Crimea ultimately was kept under the Russian occupation. Therefore, we might conclude that Russia’s annexation of Crimea occurred essentially after Minsk 1.0. In the meantime, Russia also pledged to refrain from advancing deeper into Ukraine. However, the agreement didn’t last for long as both sides violated the terms of the agreement.

However, again most of the provisions in the agreement were not implemented. Hence the Minsk 2 got popular as the ‘Minsk Conundrum’ meaning Ukraine and Russia had contradictory interpretations of the agreement.

One crucial point needs to be made clear here: under both agreements, as the cease-fire was reached, Russia steadily increased its control over the territories of Ukraine. Or one could claim that both versions of the Minsk agreement delivered a pro-Russian verdict.

Germany gives an ultimate solution to end the war

And the current state of affairs suggests that soon Germany itself may propose “Minsk 3.0.” According to a recent comment by Jens Plötner, the top foreign policy advisor to German Chancellor Olaf Scholz, the issue right now should be more focused on Germany’s long-term relations with Russia. He claimed that media outlets focused more on German aid to Ukraine than the ties between Germany and Russia.

This demonstrates unequivocally that Germany is far more interested in luring Russia to the peace negotiations and pleading with it to put an end to the conflict as soon as possible. In essence, it seeks to restore normalcy to its interactions with Russia. Jens Plötner appears to be pointing toward the “Minsk 3.0” version of the agreement through these remarks.

Wondering why would Germany make such an effort? Well, for one, Germany as we know is majorly dependent on Russia for its oil and gas needs. So, this makes an obvious reason to take such a move. And two, Germany hopes to demonstrate through this that it is capable of bringing an end to the conflict. Three, Germany has been one of the mediators for the earlier versions of the Minsk agreements.

If any such agreement actually materializes it would mean that Russia would eventually gain control of all the areas where it has made military advances during the current conflict. Mariupol, Donbas, etc., are examples of this. In any case, Russia would ultimately triumph because Russia has long desired to annex the port cities of Ukraine in order to establish a direct route to Central and Middle Asia.