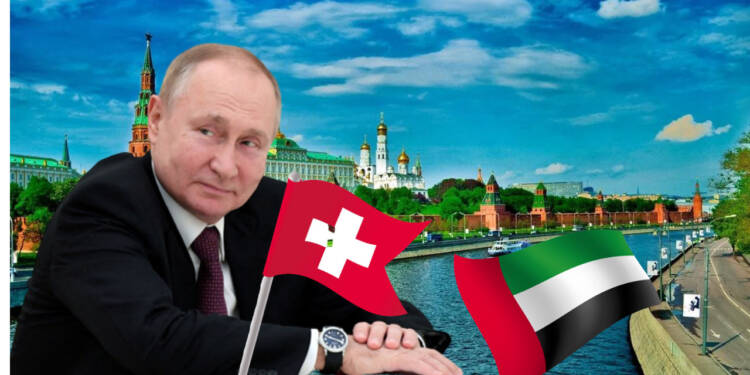 Western sanctions on Russia are not holding well for the global economy. Sanctions on the giant and strategic Russian commodities market have paralyzed the supply chain routes and have pushed inflation over the edge. Trade of Russian commodities like crude oil and grain is carried out by employing the services of commodity houses located in strategic and developed places with proper infrastructure. The carried out trades are then backed by interested financial institutions and are insured by agencies having the financial muscle to incur possible losses.

The central European country of Switzerland acted as a major market for Russian commodities, however, Switzerland is losing a big chunk of its Russian trade amid western sanctions. But can Switzerland afford to let go of the Russian market?

Read More: Russian oligarchs have flocked to the UAE and here is what it means

“A trade between Russia and China for energy may normally have been done by a commodity house in Switzerland, with financial support from a banker in London – who wants to do that now?” said Wouter Jacobs, director of the Erasmus Commodity & Trade Center at Erasmus University in Rotterdam.

Switzerland, a mountainous region, has very limited natural resources and is heavily dependent on its service sector. Switzerland seems nervous amid the country’s severed ties with the global superpower Moscow. Bern, in an attempt to discourage a direct face off with Russia, has disallowed for the country’s weapons to be taken to the conflict zone.

Switzerland, under mounting pressure from the EU, its largest trading partner has followed suit and has declared intention to ban financing and insurance on transportation of Russian oil by the end of the year. On the other hand, the mountain country having a highly developed economy understands the importance of strong ties with Moscow.

In an attempt to woo Moscow and strengthen its ties in the shadows, Switzerland imported 3.1 tonnes of gold worth around $200 million from Russia in May, accounting for around 2-3% of its total gold imports, the customs data show.

Read More: Zelensky is probably planning to flee to Switzerland

The Rise Of Dubai

Russia’s three largest oil producers are in the process of evaluating Dubai for trading operations, and several other firms have already relocated there. Sources claim executives from  Rosneft PJSC and Gazprom Neft PJSC, two of Russia’s biggest oil producers, exploring the possibility of shifting their businesses to Dubai.

Agricultural exports are free from sanctions, although the taboo created among the Swiss traders against trading with the Russians have pushed Moscow’s agricultural companies like Geneva stalwart — Solaris Commodities to open offices in Dubai.

“Dubai has emerged as a real global commodities hub,” said Najla Al Qassimi, the Dubai-based director of global affairs at B’huth think tank, who was previously based in Geneva. “There’s the right infrastructure, transportation, and services to support these companies.”