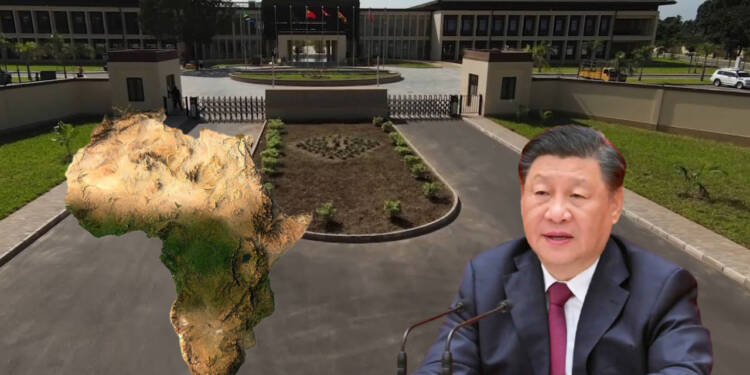 China is elevating its propaganda game. In reality, the pace at which CCP is moving is alarming and it would be best for the global powers to take notice. China has been working tirelessly to promote its Belt and Road initiative and empower its trade to irreplaceable levels. The CCP has been making inroads into Africa but not just onto their lands but also their minds.

China is now the largest funder of infrastructure projects in Africa, financially backing around a fifth of all projects and constructing a third of them. As of April 2020, over 42 African countries declared themselves party to Xi Jinping’s “grand political-economic project the Belt and Road initiative”.

Trade between  Beijing and Africa reached $64.8 billion in the first quarter of 2022, up 23 per cent from the same period of 2021, according to data from the General Administration of China Customs. The huge untapped resources of Africa could provide an enormous return on investment for a party that could provide with the appropriate technologies and investments.

As of now, the USA under Biden is not taking much interest in the mineral-rich continent of Africa and is letting go of a wondrous opportunity despite possessing considerable investment and technology. China, on the other hand, is all set to set up infrastructure and let the profits flow. China’s neighbour to the north, Russia which is another arch-rival of the USA is heavily invested in gold-rich African countries like Uganda.

Read More: Trump ensured China was kicked out of Tanzania port project. Now with Biden in power, China is reviving the deal

The Chinese Communist Party has funded a school dedicated to training future leaders of ruling parties in Africa to the tune of $40 million, the South China Morning Post daily reported on Tuesday (June 21st).

The CCP has funded 40 million dollars to help the school cover its long-term costs. Chinese Leader Xi Jinping through a letter expressed the wish to see the future leaders of the African ruling parties “contribute actively strengthening China-Africa friendship and advancing bilateral cooperation”.

The CCP has hence made an attempt to influence the minds of the future political leaders of six key African countries so that they create pro-Chinese policies when they come into power. Beijing intends to foster communist principles in the minds of future African leaders. CCP’s alleged “Donation” could maybe also open doors for some “Harmful” editing of the syllabus that could benefit China.  All in all, if the leaders of the six African countries are “Dumb” enough to let a foreign player dictate the minds of the candidates that are their political future and allow for the pericing of chinese communism onto their shores, then it would be a golden era for the CCP in Africa.