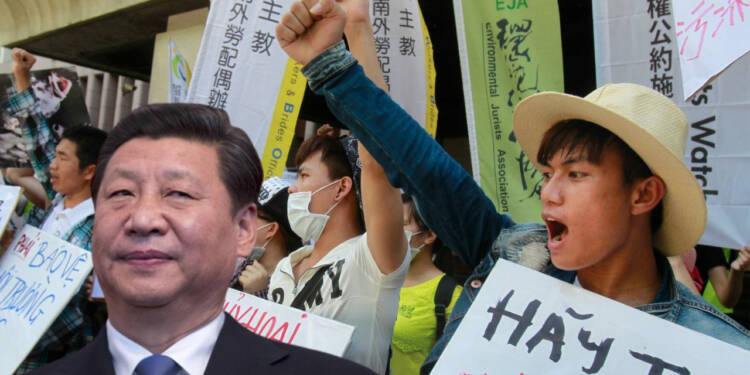 Environmental civil society organizations work to combat the consequences of climate change and promote environmental conservation. On behalf of the nation’s populace as a whole, they voice the pertinent concerns. But what if these environmentalists are supported by a nation that attempts to sabotage the economic goals of the other nation?

A China dove in Vietnam

China has got expertise in doing so. Recently, the Vietnamese government sentenced anti-coal activist Nguy Thi Khanh on the charges of tax evasion. But the voices are being raised calling for her release. Michael Sutton, the Goldman Environmental Prize executive director, has been backing these calls for the release of the activist. He called for Nguy’s release, saying: “We believe that the legal charges leveled against her are part of a wider effort to silence environmental leaders in Vietnam.”

But who is this Michael Sutton, exactly? Michael Sutton is a china dove, to be sure. Through his numerous articles, he has been observed advocating for China. For instance, he discusses in one of his articles how the Australian government has fallen short of its commitments to China and how Australia should focus on preserving positive relations with China rather than the US. He obviously strongly supports China in this sense.

China has a history of meddling up

Can we conclude that China is attempting to interfere with Vietnam’s internal policies by opening a back channel through Michael Sutton? Yes, it is very likely to happen.

China has a history of doing so. Take an instance of 2019 when Chinese companies could tactfully able to shut the Sterlite Copper smelting unit in Tuticorin, India.

“These companies promoted and funded the agitations and protests against Sterlite. India’s import bill for copper is $2 billion, the demand was being met by Sterlite earlier,” senior counsel for Vedanta, Aryama Sundaram, told a special division bench.

But the question is what possible interests does China carry in Vietnam? In the wake of this, Beijing’s ongoing “zero-COVID” policy has thrown global supply chains into disarray as production sits still in locked-down cities. This has also eroded the trust that many businesses once had in China as a trustworthy production location. In addition, Vietnam has a rapidly expanding middle class and cheaper salaries than China, making it a more appealing destination for investment. The Communist government also makes significant infrastructural investments.

As the EU and Vietnam finalized their free trade agreement in 2020, which included an investment accord called the EU-Vietnam Investment Protection Agreement, Vietnam also became a preferred destination for many EU enterprises a result, these factors influenced the exodus of investors from China to Vietnam. And it’s highly conceivable that China is attempting to influence Vietnamese policies for these reasons so that investors won’t perceive Vietnam to be a favorable place to invest in and will instead return to China.