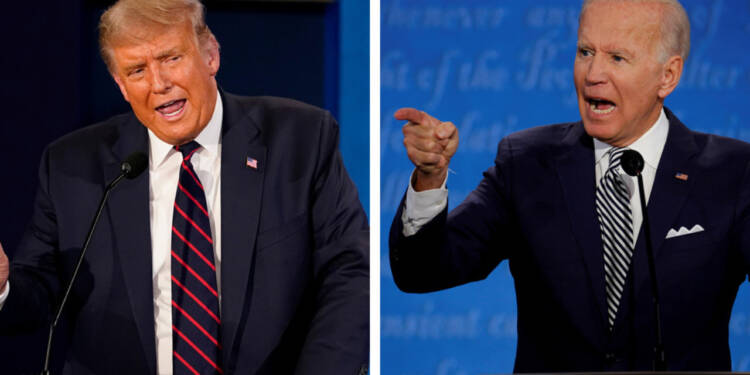 Out of nowhere, on Tuesday, Cassidy Hutchinson appeared before the congressional committee investigating the 6 January attack on the Capitol. Hutchinson is a former top aide to White House Chief of Staff Mark Meadows. She came like a blessing in the disguise for the disenchanted committee, who kept on speaking exactly what it had wanted her to tell. She came like a missing key piece of the puzzle, who gave the congressional committee a new lease of life to mount attacks on the former President Donald Trump.

Hutchinson in her testimony claimed that Trump knew about the crowd’s plans to vandalise Capitol Hill beforehand, and did nothing to avert the attack. Instead, Trump actually wanted to accompany them to the Capitol. She said, “he (Trump) tried to grab the steering wheel of the car he was travelling in and wrestled with a Secret Service officer in an attempt to divert his motorcade to the Capitol, where his supporters were gathering.”

She further claims that Trump knew people were armed because they were being turned away by Secret Service officers – and directed them to the Capitol anyway. Then Hutchinson recounts Mark Meadows says that, upon learning that rioters were calling for Vice-President Mike Pence to be hanged, Mr. Trump expressed approval. Then, as per the testimony, Meadows told Hutchinson that “Trump doesn’t think they’re doing anything wrong” and that “Trump thinks Mike deserves it.”

Indeed, her testimony and her statements are as shocking as her sudden appearance before the committee. We already know efforts are underway in the Biden White House to frame Trump for the Jan 6 riots, for which they didn’t find ample evidence yet. Her statements carry weightage because she was an official at the Trump White House, who had full access to Meadows’ office, and she would often overhear conversations between key White House officials in the run-up to the Capitol attacks. That’s why Trump called Hutchinson a “leaker” and suggested she was bitter because he didn’t give her a job after leaving the White House on the Truth Social app.

But there are certain questions revolving around Hutchinson’s sudden appearance before the Congress that cast doubts over the authenticity of her statements. For instance, soon after Hutchinson gave her testimony before the committee, two officials of the Trump White House, including the head of Trump’s security at that time, Robert Engel, declared her statements utterly false and fabricated. Sources close to the Secret Service confirmed to CBS News that Engel and the driver of Trump’s car are prepared to testify under oath that neither man was physically attacked or assaulted by Trump and that the former president never lunged for the steering wheel of the vehicle. So, it must be noted that Hutchinson’s damning statements against Donald Trump could very well prove detrimental and self-destructive for powers that want Trump framed.

Trump reacted to Hutchinson’s statements on the Truth Social app and declared her statements both “Fake” and “‘sick’ and fraudulent.” He wrote, “I hardly know who this person, Cassidy Hutchinson, is, other than I heard very negative things about her (a total phony and “leaker”).” The occurrence of this Hollywood-drama-type testimony right ahead of the mid-term polls raises obvious doubts. BBC in a report mentioned that “In a trial court, such evidence would be considered hearsay and treated with scepticism”. Despite this, her statements are being taken at face value and Trump, once again, is being demonized.

Such charges are likely being levelled against Trump only to score political points and avoid a sweeping defeat in the upcoming mid-term polls. Democrats stand no chance against Trump, whose popularity remains intact in face of rising disapproval ratings of the Joe Biden administration. So, now they have resorted to creating a villain out of Donald Trump to divert the attention of voters from issues of national importance like rising inflation and cost of living, uncontrolled immigration, and gruesome law and order situation.

The other reason for this seemingly orchestrated bombshell revelation, coming after almost 18 months after the incident happened, is to disqualify Trump from contesting in any American election. For the unaware, the House January 6 Committee is striving to make a public case against former President Donald Trump and his allies in a series of hearings, arguing the former president “oversaw and coordinated” an unlawful plan to overturn the 2020 election. Some Democrats even fancy impeaching Trump based on the outcome of the committee investigation. US constitution says nothing about the impeachment of a former president. So, by framing Trump for Jan 6 riots, the Democrats could be actually laying the ground for setting Trump’s impeachment process in motion.

Now, once Trump is impeached, he’ll lose the right to hold any public office in the future, thus disqualifying him from contesting any presidential election. This will not surely guarantee Democrats a victory in the mid-term polls, or the 2024 presidential polls; however, they still would have a fighting chance.

With approval ratings of the Biden administration driven to the ground, and people baying to strip the Democrats of the power, Biden and invisible powers controlling the White House simply want to evade the Trump challenge. That’s seemingly the only and the shortest route for the Democrats to retain the command of the United States.