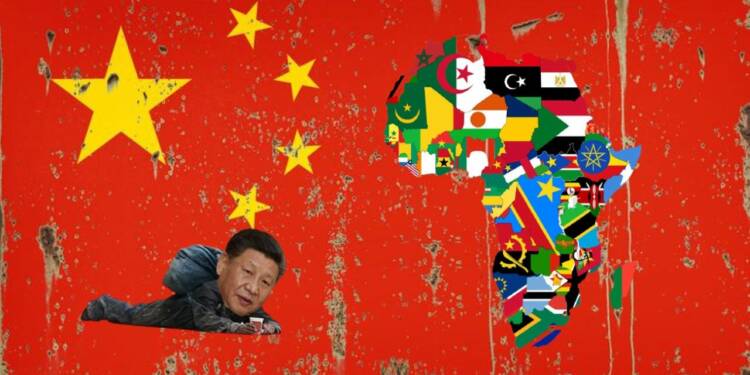 Kenya’s Economy is largely lenient on agriculture, and from that, the crown jewel is avocado production. For a long time, China has been the biggest consumer of Kenyan avocado, and the November 2021 statement by the Chinese ministry of commerce to increase imports from Africa only beefed-up Kenya’s prospects.

Africa is a NO for China

“China will continue to support African countries and Chinese companies to take advantage of measures to further expand the scale of imports from Africa, and promote the high-quality development of China-Africa trade,” Qian Keming, vice-minister of the Ministry of Commerce, said during a press conference in November 2021.

Take a ride from November 2021 to June 2022, you will witness a massive change. Hammering the prospect of African countries, China has made a sly departure from its previously held stance on imports from Africa.

Kenya got carried away by the intimate tone that Beijing employed while giving big talks about increasing trade with Africa. A deal was also struck between several African countries and China. But now, the exports are not moving beyond the ports of Africa and a simple snapshot of the whole episode says that China has stabbed its African counterparts in the back.

Many African countries owe big debts to China. Take Kenya. Its annual trade deficit with China is about $6.5 billion and it has roughly $8 billion of Chinese debt. It needs nearly $631 million to service that debt alone this year, but that’s almost three times its exports to China in 2021.

Under the garb of BRI projects, a flurry of development projects including railroads, power plants, and highways was sealed by Beijing with these countries. Even though the world has discussed in large the pretext behind every charity endowed by China, the penury-stricken life made African countries leave behind any second thoughts to give a wholesome trust to China.

But the question arises about why such a change of face from Beijing?

You see, 2022 is just halfway down the line but it has been a weird year for Beijing by all measures. When the world pivoted to the Ukraine war, China revelled in joy simply at the thought of filling the void left by global powers including Russia on the international stage. But without any notice, the devil came to Shanghai in the form of Covid, China’s own handiwork.

China’s economy slowed down, courtesy of the infamous Zero Covid Policy and the subsequent restrictions imposed on private enterprises and businesses. Furthermore, the unemployment rate is projected to remain below four per cent in 2022. But the Chinese Communist Party still forced its people to abide by the Zero Covid Policy.

In addition, according to China Central Depository and Clearing, overseas investors offloaded a net 35 billion yuan of Chinese government bonds, which is the biggest reduction on record.

With a wide gamut of issues to solve, China is now doing a complete flip when it comes to international trade. Crafting new means to alleviate the inflation at home, Beijing is turning back its focus on Chinese exports rather than imports from other countries.  Witnessing a failing economy, the big talks of BRI and the old bellicose attitude has waned out from Beijing’s psyche. The country is now just finding ways to fix the fallen economy that was more or less the government’s own creation.

The African-Sino trade deal has only ballooned in the last decade, but the swift arrival of Covid in Shanghai has changed the picture upside down. Africa is in for a scare and has also learned a valuable lesson in diplomacy that they may not forget anytime soon.