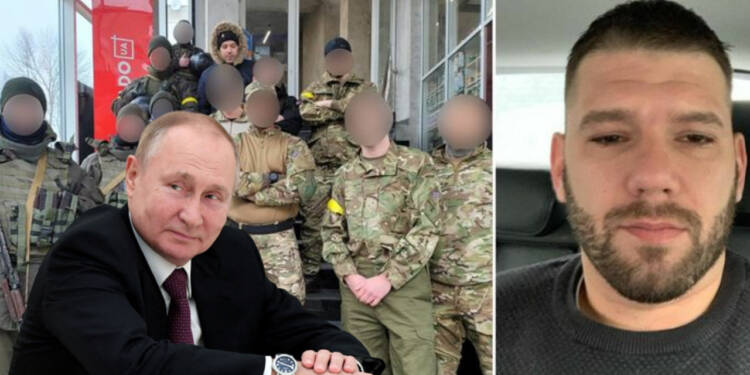 It sounds unbelievable and hilarious at the same time that the foreign mercenaries who went to Ukraine to scare off the Russian army are now running to save their own lives. They are now running helter-skelter to escape the boiling ocean. Ukraine had hired around 7,000 foreign combatants, from 63 nations, to fight the war. Now, only 3,500 fighters are present on the battlefield. Others have fled to escape from a brutal death at the hands of the Russian army.

Due to their inadequate preparation and lack of combat experience, the foreign warriors sustained significant losses.

Additionally, in order to safeguard their troops, the Ukrainian military leaders are dispatching the foreign mercenaries to the most dangerous battlegrounds.

Read More: Foreign mercenaries who once sweated blood for Ukraine are now cursing it

Even Russian Defence Ministry spokesman Igor Konashenkov warned the foreign mercenaries to think before joining the war as it can be a real cliffhanger. Despite the warning, the mercenaries kept fighting as the contract had plentiful lucrative perks and remunerations. But lesser was known to them that even the backstabber regime of Ukraine will leave them to fend for themselves. Kyiv is shamelessly prosecuting deserting fighters and soldiers. So, they are not expecting any relief from Ukraine either.

The audacity of the foreign mercenaries now seems to be waning out. They might be regretting their decision of coming to the rescue of these ingrate Ukrainians.

In one instance, it was claimed that the wrong recruits were being fired upon when they arrived at the Ukrainian Armed Forces’ position of the 97th battalion of the 60th infantry brigade.

The 28th Mechanised Brigade soldiers were involved in another incident, according to the Russian Defence Ministry. According to the ministry’s daily briefing, foreign mercenaries attacked a recon squad of that unit and murdered four soldiers while injuring three more.

“We had a two-hour firefight that later turned out to be against Ukrainian special forces. It is unbelievable what goes on here,” Tristan Nettles, a member of an English-speaking squad fighting in Ukraine, said.

It’s strange how the poor mercenaries are avenging Kyiv’s military.

Due to a hush-up of losses and a real combat situation in Kyiv, mercenaries now preferring to leave the battleground are being prosecuted. So, the frustrated foreigners have resorted to friendly fire and waning out the already meager and incompetent Ukraine military.