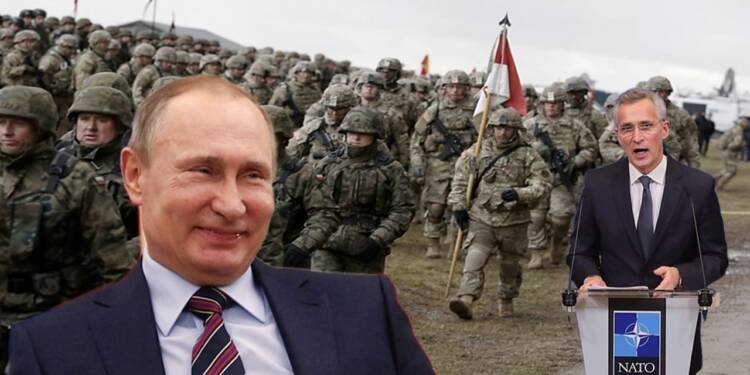 The NATO members under the US leadership don’t appear to have any plans to end the current war between Russia and Ukraine. NATO seems to be more interested in antagonizing Russia, than finding a peaceful way to resolve the problem.

At a recent NATO conference held in Madrid, it was announced that in response to Russia’s aggression, the military alliance will shortly put 300,000 troops on high alert.

But we claim that this is nothing but a bogus agenda of NATO. Wondering why? Let us substantiate our claim by putting forward some key points.

As mentioned earlier, Gen. Stoltenberg said that NATO would deploy 300,000 troops on the Eastern flank of Europe. Many of the hundreds of officials attending the conference were shocked by this staggering number of troops. They were baffled as to what exactly the Secretary-General meant. They questioned how the figure was determined and what kind of troops would be deployed. They were also curious to know what exactly the Sec-Gen had in mind about the additional expenses.

“Maybe it’s number magic?” said one senior European defense official, who, like others, spoke on the condition of anonymity to talk frankly about the confusion.

Moreover, these officials assert that they were totally unaware of any plans to increase NATO’s quick-response force from its existing number of 40,000 members. Numerous officials speaking on behalf of their respective countries also claimed that their leaders had not been consulted prior to the formulation of any such plans.

This clearly shows, that Stoltenberg’s idea of deploying 300,000 troops has come out of thin air.

Another factor that debunks this idea is that the countries of Eastern Europe would be reluctant to house these troops for two main reasons:
1. By allowing these to be stationed on their territories, these nations would compromise their security and further enrage Russia.
2. It is obvious that these nations would like to concentrate more on their economic interests, which actually makes sense in the long run. These nations are already struggling to overcome the considerable economic consequences of the Russia-Ukraine war. Therefore, instead of concentrating on battling Russia, their top goal would be to reform their economy.

Nevertheless, it is not that the NATO has announced 300,000 troop figure for the first time. Even during the Crimea’s 2014 annexation event, such a plan was announced by the NATO. However, when Donald Trump took office three years later in 2017, it was actually pushed into reality. Even then, despite an increase in troops, the number was never materialized in actuality.

All we can conclude is that these claims were fabricated solely to exert pressure on Russia. Because it is simply impossible to deploy 300,000 troops and no country will genuinely agree to do so. The concept to be in practice, might even take a decade. Therefore, the idea of sending out such a massive number of troops is just symbolic.