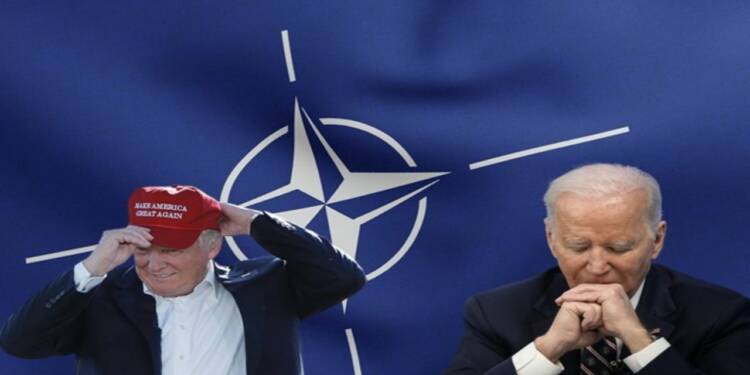 NATO is on a busy run to prove to the world how effeminate they are when matching the high vigour of Russian might. 127 days of the Ukraine war have passed, while the initial high voltage talk spewed by the US-led military bloc stands countered on all fronts. Similar to their doings in Afghanistan, NATO has ensured a quick fall to all the countries allied with the US-led force in eastern Europe. The latest endeavour from the decadent army bloc focus on the Baltic and the vulnerable eastern Europe section, and in the runtime, shifting focus, some other news has wiggled in to grab the headlines that may further side-line the already tainted credibility of the Western military bloc.

NATO Secretary-General Jens Stoltenberg told reporters on Wednesday that increases in military spending and rising numbers of troop deployments in Eastern Europe since 2014 were carried out in anticipation of a conflict with Russia. An open admission that NATO has been needling plans of exploitation to put Russia in deadlock even before the annexation of Crimea.

Stoltenberg further accused Moscow of “using force in the eastern Donbas since 2014,” despite the fact that Kyiv’s forces have been shelling cities in the region ever since the Donetsk and Lugansk People’s Republics declared independence from Ukraine that year.

The US displaying a complete antipathy for Russia is not anything new to screed about. If viewed from Washington’s angle, it was rather in the offing. Former president of the United States Barack Obama has been at the Oval office in 2014, according to Stoltenberg’s latest confession.  The frayed relationship that the people’s president Obama had with Russian leader Putin has even found space in the former’s memoir that mentioned the Kremlin as a “criminal syndicate.”

The memoir further dons Putin a callous outlook with statements that goes like “he has built a country “to be feared, perhaps, but not emulated,” adding that few, if any, citizens from developing countries look to Moscow for “inspiration.”

2011 pro-democracy protest was accused to be a brainchild of Obama. Vladimir Putin worded condemnation and protest against Obama in his enraged best. This impeded the relationship between US and Russia for a long, and connecting the dots, the NATO chief’s sudden divulgence only makes the picture clearer.

But an anomaly happened in the form of Donald Trump, the inimitable former president, who had quite an illustrative office in the Oval office to gloat about. When in power, former US President Donald Trump was ridiculed and slandered. But at this time when Russia is up against Ukraine, the fact remains that Trump had tactfully avoided the unnecessary war during his tenure.

Trump tilted his focus largely on China rather than viewing everything that Russia does through a myopic lens. Russia never felt that the US was trying to disturb the balance of power in Eastern Europe. For the sake of focusing on China, Trump avoided the Ukraine issue and never escalated it. So, Russia simply didn’t have a reason to react.

Trump went ahead with his unique persona that had its imprints on the diplomacy he adopted. The US stymied further military assistance to Kyiv, as it meant that there was no imminent threat in its neighbourhood and Putin didn’t have to react unusually.

Under his helm, NATO adopted a better reaction and punched back only when the situation asked. The Obama shenanigans on Russia couldn’t trudge further as Trump had the ropes tied to NATO and the military bloc was really on the pulse. Simply saying, NATO was not billed the same way between these two leaders.

But jumping to the current times, Biden has reignited the old leftover pursuit of his former President. Apathy as it seems, the war is not showing any kind of clamping down whereas the US administration is busying itself, fuelling more scuffles with a decadent NATO force. Never in his four years in office, has Trump made this force endure such a situation of shame.