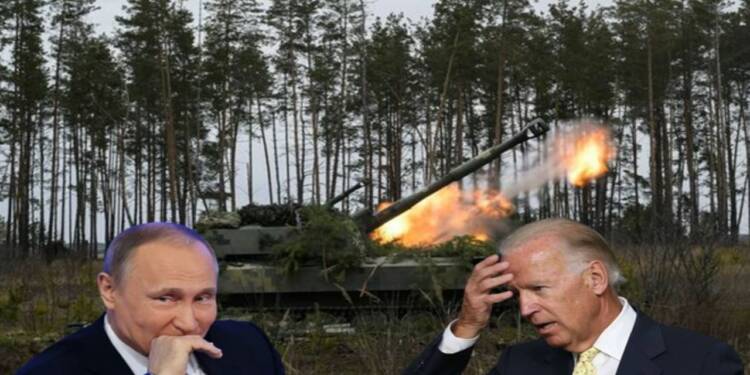 When it comes to a comparison between the Ukrainian Weaponry and the Russian Weaponry, Moscow easily outnumbers the capacity and stockpile. The Ukrainian Defense Ministry even acknowledged that Russian weaponry is limitless.

We witnessed how the US and other Western powers began to portray Russia as a pariah state when the war first broke out. Sanctions were placed on Russia, and an effort was made to isolate it. Such initiatives were supported by Western media campaigns to erase Russian culture, denigrate Russian soldiers, and portray Vladimir Putin, the president of Russia, as some sort of war criminal.

All Russian operations in the conflict zone were exaggerated and vilified by the Western media. However, what Ukraine claimed was accepted at face value. Big tech intervened as well, severely censoring any attempts to present Russia’s perspective. Even the efficiency of Moscow’s weapon systems was pushed into doubt. The West portrayed that the Russian military has no chance before the “sophisticated” weaponry of the West.

But as time passed, the narrative of the West started to fade away. Russia captured Donbas and Luhansk region, in no time. Vladimir Putin, the president of Russia, has succeeded in reestablishing his strongman persona. During the early phases of the conflict, Moscow came under constant pressure and the Western nations had pledged to wreck Russia. However, Putin remained steadfast and was able to protect his nation’s territorial integrity as well as the economy from Western attacks.

Questions and Assertions over Russian Weapons

This is an undeniable fact that the West has demeaned Russian weapons many times since the Russo-Ukraine war. There were so many reports of tanks getting destroyed and weaponry failing while firing.

There was a report by Radio Free Europe( RFE) citing that, Russia has reportedly lost more than 650 tanks and about 3,000 other armoured vehicles and heavy equipment so far in its invasion of Ukraine.

The most common reason cited for these losses by experts was a failure in front of advanced anti-tank weapons given to Ukraine by Western countries. While poor strategy, low morale, and important design flaws were also quoted.

Several reports were also published against the Russian military stressing that the conflict has damaged the reputation of Russia’s defence equipment in parts of the world like Southeast Asia, once a source of considerable revenue for the country.

Read More: How Ukraine lost the narrative war after being the darling of the world for good 45 days

Efficacy of US Weapons

Till now, the US has shared a wide range of weapons with Ukraine including, shoulder-fired MANPAD systems, NLAWs, Harpoon anti-ship missiles, Stinger missiles, Javelin anti-tank missiles, MILAN anti-tank guided missiles, and Cheetah anti-aircraft missiles. If the real question about weaponry has to be raised, then it should be raised against the United States. Recently, the USA suffered a major setback over its hypersonic missiles as its latest test failed.

The questions over US weaponry have been raised many times and that too even before the Russo-Ukraine war. There has been growing acknowledgement by US-based experts themselves that the US lags behind China and Russia in hypersonic capabilities.

Furthermore, of the 5,000 Javeline missiles given to Ukraine, almost all of them are inoperable. The training modules, spare batteries, and other basics that the U.S. military relies on to use the Javelins have either failed to operate or arrive in Ukraine due to technical issues. Even the Radar detection systems given by the West need to be questioned as Russia destroyed a major ammunition warehouse for weapons donated by NATO alliance countries in Ukraine’s western Lviv region, thereby completely decimating the U.S.-produced M777 howitzers.

The US makes bold assertions that Ukraine has used Western weapons to destroy approximately 1000 Russian tanks. However, the West’s assistance of tanks and high-tech weapons has been entirely reduced to ashes by Russian defence systems.  Perhaps, this raises a very important question— what exactly are the efficacy and capabilities of the American weapons given the fact there are constant reports of them failing to operate and lagging behind Russia’s tech?