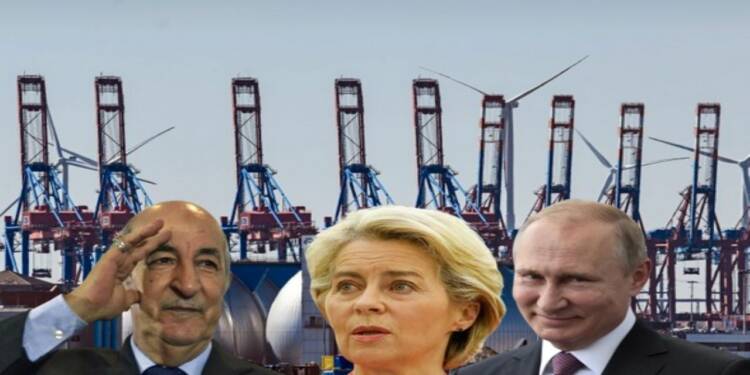 Europe has been in a tailspin ever since it made a terrible decision to impose sanctions on Russian oil and gas. We refer to it as incomprehensible because 40 per cent of the natural gas that the EU purchases come from Russia alone. These European nations were only foolhardy to sanction Moscow despite being aware of Europe’s significant reliance on Russian gas supplies.

The EU perceived Algeria as a promising sign as the West soon started exploring alternatives to Russian gas. Algeria seems to have other intentions, though. It appears to be taking advantage of the EU’s vulnerability. Recently, Algeria’s state-owned oil and gas company Sonatrach stated its intention to haggle over gas supply costs with the EU. In other aspects, it is attempting to carve out new provisions in its long-term contracts with European buyers to profit from significant increases in the price of gas around the world.

“Sonatrach has very strong bargaining power because it has got the gas, and realises that Europe needs it,” one source said. “Buyers now realise they are being stuck between a rock and a hard place,” he added.

Make no mistake, this move, for sure, is going to make European countries anxious.

Nevertheless, Europe’s decision to seek dependency on Algerian gas is very impractical. On the global stage, Algeria’s reliance on and relationship with Russia are obvious to all. Algeria, one of Russia’s main partners in North Africa, abstained in the vote at the United Nations condemning the invasion of Ukraine. Similarly, it voted against suspending Russia from the UN Human Rights Council, making it the only Maghreb country to support Russia in this regard.

Besides, Russia and Algeria work closely together on energy-related projects as well. A Memorandum of Understanding defining the main areas of collaboration in the oil and gas industry was signed between Sonatrach and Gazprom in 2006. Perhaps, it may so happen that Algeria’s recent decision of negotiating prices with the EU is backed by Moscow.

You see, Algeria has long been the third-largest natural gas provider to Europe. About half of Algeria’s LNG supply is imported by the EU. However, when measured in percentages, only 7.8% of the natural gas that the EU imported in 2019 came from Algeria, which is a relatively modest proportion when compared to the 40% of gas brought into the EU from Russia.

Read more: Algeria-Morocco Crisis: The first American war in a long time which is not for oil but for food

Additionally, the European Union (EU) has announced that it will heavily rely on Libya in order to diversify its energy sources and move away from Russian oil and gas. However, this action also exudes naivete. Currently, a severe political crisis is tearing apart Libya. Many gas facilities in Western Libya are still held by militias as a result of the struggle between the current government of Fathi Bashagha and the previous government of Abdel Hamid al-Dabaiba.

The regime of Fathi Bashagha also enjoys substantial support from Russia. Therefore, Libya cannot be a trustworthy ally of Europe.

Finding a replacement for Russian gas has become an unmitigated nightmare for Europe. The European populace has suffered greatly as a result of the impolitic decisions of Western leaders. It is time for Western countries to reconsider their decision to impose sanctions on Russian oil and gas.