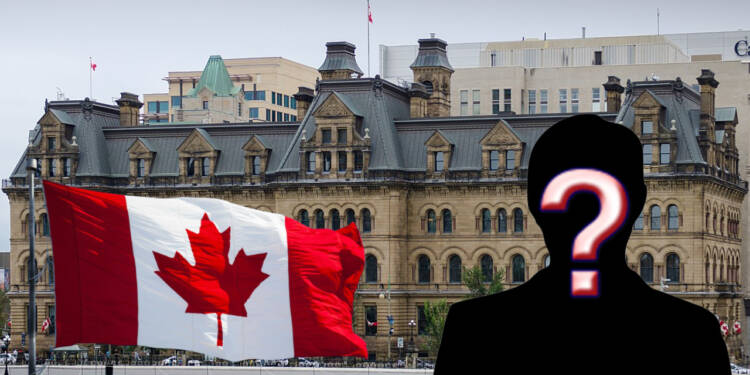 A gathering storm is passing through Canada nowadays. Canada day on July 1st, the day that Canadians used to revel the most has been stomped by the authorities. More appalling was the manner employed to handle the protestors. It was a striking resemblance to what we usually see in rogue Latin countries and of course China. Interestingly using force to stifle voices of dissent has turned out to be the new mainstay of Trudeau politics. From a man who talked liberalism and free speech in a godly manner, the current turn of path indeed evokes protest and hate.

A new face in Canada’s politics

True to that, protest is burgeoning against Trudeau’s form of politics in Canada. People have come on the streets to voice concern with many others steering their trucks down the pathways to show a protest against the rogue regime in Canada. But something was out of place, and it was the absence of a coherent opposition force to counter Trudeau’s heinous deeds. For quite a long, many called for a Trump-like politician to emerge from Canada. The public by large also opined the same but to no avail. Initially, Andrew Scheer was touted as the alter ego of Donald Trump in Canada. But the MP from Regina—Qu’Appelle couldn’t stand the weight of all the build-up and praise piled on him.

Andrew Scheer quickly faded away and the void was left unfilled with Trudeau doing what he does with impunity with no credible face from the opposition to give Trudeau a tough fight.

But the situation has changed with the street in Canada turning red with blood and bruises every day. This demanded a strong face from the opposition to counter a belligerent Justin Trudeau. So it fell upon Pierre Poilievre from the Conservatives to show the political willpower to become the new bête noire of Justin Trudeau.

Poilievre’s side of Politics is absurd for many, mostly those who recognise themselves as seculars. The conservative strongman supported Trucker’s protest, the blockades levelled by freedom convoy protesters, and fairly placed the onus of the crisis on Justin Trudeau.

“They have reached a breaking point after two years of massive government overreach of a prime minister who insults and degrades anyone who disagrees with his heavy-handed approach. But let’s be honest, if Canadians are being inconvenienced, or in any way suffering from these protests, it is because Justin Trudeau made these protests happen and his intransigence is keeping the protests going,” Poilievre said.

Poilievre further indulged in statements that made it quite uneasy for Trudeau to stick to his seat of power. He said it looks to him like Trudeau put a vaccine mandate on truckers “as a vindictive wedge strategy to divide Canadians and demonize an apparently unpopular minority of unvaccinated people to his own political advantage.”

All his statements struck a chord with the public and his oratory skills were much discussed and had much in common with the former President of the United States, Donald Trump. His popularity was evident after pre-poll surveys showed Poilievre ahead of Tory leadership and gaining much traction among the swinging voters base even in liberal bastions.

Read more: Pierre Poilievre: The only leader who can save Canada’s faltering conservatives

This has given sufficient heat to the political class circling Trudeau. And with no further option in hands to stop the glorious run of Poilievre, the liberals are back again where they do best, the art of spewing venom through media.

Trudeau and his ilk are currently running hate campaigns against Pierre Poilievre. Op-Eds are flooding with vile stories penned usually by columnists mostly under liberal tutelage. The anger and the frustration among the liberal class are only getting enhanced with every passing day. Now political analysts and writers who had no real job in life are cloaked in Trudeau’s control to pontificate on issues only regarding Pierre Poilievre.

This itself shows how frustrated Justin Trudeau is. The unrest among the public coupled with a slew of other protests will only add to the Prime Minister’s worry.

Whatever the case, the long-left vacuum in the opposition has been filled, that too by a man with a political acumen that will surely give Trudeau the darkest of times in the coming days.