Pierre Poilievre: The only leader who can save Canada’s faltering conservatives 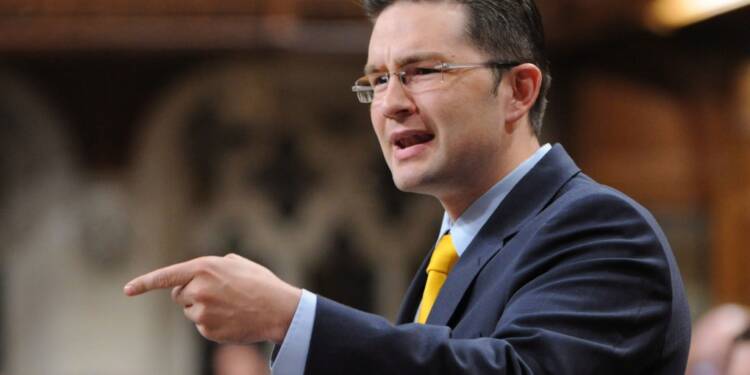 The Conservative Party of Canada seemed all set to unseat Justin Trudeau, ever since the latter’s awkward decisions have led to a sharp decline in his popularity. However, the conservatives have still not managed to defeat him. Last year, they lost the elections for the third straight time.

Read more: Canadian right wing needs a new leader because the old one has sold his soul to China

Pierre Poilievre is someone who can rally the conservatives under him.

Thanks to @NadirahNazeer for hosting me and Ana in Oakville this afternoon with a great crowd.

People are energized to take back control of their life, fight #JustinFlation, and get cost of living back under control. pic.twitter.com/ETyLM6mB6V

Thanks Ishaq for your support.

With your help, we will replace the credit card economy with the paycheque economy—so people can take control of their lives. https://t.co/uk5HKqDL2G

Good to sit down with @AndrewLawton and the @TrueNorthCentre.

Canadians are ready for unifying leadership that will tackle #JustinFlation and give people back control of their lives.https://t.co/eipuAeN8F0

And in many of his posts, Poilievre is echoing the same message over and over again.

Pierre Poilievre seizing the opportunity to take down Trudeau

Poilievre is everything that weak Conservative leaders like former party boss Erin O’Toole weren’t. He is aggressive, blunt and unapologetically critical of Justin Trudeau’s flawed policies. So, when it came to addressing the protesting ‘freedom convoy’ truckers, Pierre Poilievre was the first leader to say that he would meet them. He reached out to the truckers even before Erin O’ Toole.

Poilievre was thus ready to change the rules of the game and make Trudeau uncomfortable over an issue that he has clearly failed to resolve. Poilievre blamed Trudeau for the situation. He said, “I’m proud of the truckers and I stand with them.” The conservative leader also said, “They have reached a breaking point after two years of massive government overreach of a prime minister who insults and degrades anyone who disagrees with his heavy-handed approach.”

And he is quite clear about one thing- protests are happening because of Trudeau. It is Trudeau who ought to be condemned and not the protests. This is why he is promising Canadians that he will make them “the freest people on earth.” And he is also promising a government that would liberate them from red tape, heavy taxes and inflation. His campaign is focusing on Trudeau’s failures and promises to reverse them.

In fact, Pierre Poilievre’s campaign blitz has already managed to win a good fan following amongst conservative voters. The latest poll study found that 41 per cent of Conservative voters believe that Poilievre would make the best leader. He is followed by Jean Charest, who too has announced his conservative leadership campaign. But Charest is far behind Poilievre and is backed only by 10 percent of the voters.

And there is no one in the Conservative Party who can bring as much to the table as Poilievre. Even Charest faces the same kind of drawbacks as someone like O’Toole.

Charest doesn’t have a great track record to boast of. He had a long stint as a Quebec Liberal leader, during which he took some controversial decisions like raising hydro rates, auto insurance premiums, imposing a carbon tax, hiking University tuition fees and setting Kyoto Accord-like climate change goals. His policies, therefore, aren’t very popular with conservatives.

Add to it, his prior track record of advising China’s Huawei on Meng Wanzhou and 5G networks.

Read more: Biden-Trudeau kneel before Xi Jinping as Meng Wanzhou has been released

Going ahead, conservatives will need a China hawk as their leader, if they truly want to defeat Justin Trudeau. And Jean Charest doesn’t seem to offer that. However, Pierre Poilievre promises to be a man who would deliver on issues like freedom and inflation. The conservatives in Canada are finally looking at a leader who can revive their fortunes.

So, BRI is international highways for China to send its troops anywhere in the world