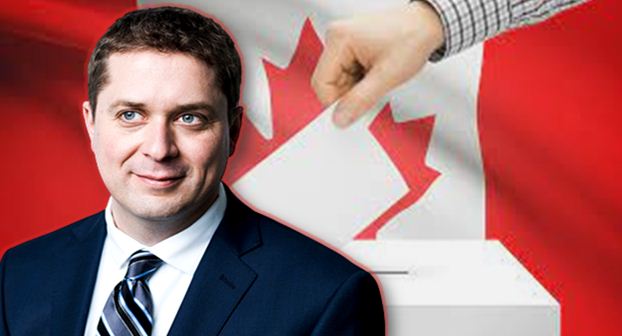 Canadian PM Justin Trudeau and his administration have brought Canada into a situation where Canadian people now live under martial law. A country famed for the freedom it offers and for its democratic functioning is now riddled under a national emergency, that too during peacetime. What could go worse than this?

The Trudeau administration has repeatedly taken the wrong decision one after the other. From blocking the funds of the protesters to freezing the bank accounts of the donors, from suspending the insurance of vehicles that participated in the rallies to harassing the supporters of protesters, the Trudeau government tried to kill any dissent against their authoritarian policies. But, the fag end saw Trudeau declaring a national emergency during peacetime to use extreme powers against the protesters.

Trudeau’s urgency and impatience to end the protests gave hints that he is insecure and afraid of his future, while it is pretty clear that Trudeau is destined to lose Canada nevertheless, his party (Liberal Party of Canada) too will greatly suffer because of his misdeeds.

Also Read: Trudeau has a plan to punish every single person who was connected to the Freedom Convoy

The alternative to Trudeau

A successful leadership race should result in new memberships across the country, an increase in fundraising, ongoing attention from the media, and culminate in the election of a leader that can lead the party till the end of a successful election campaign. The conservative party has checked these boxes during its last leadership campaigns. The party and the leader looked ready to compete in the playoffs of the federal election campaign. But, then they lost.

If the Conservative party wants to form government again, perhaps they should consider how they are building their team. Instead of choosing a leader who can get their core voter base motivated, shouldn’t they be looking for someone who can bring the country altogether? One such candidate is Andrew Scheer, who was the leader of the Conservative Party and leader of the Official Opposition from 2017 to 2020. He is the best option for the conservative party to go with.

Because of the blunders committed by the Trudeau administration, the Conservative Party of Canada seems to be gaining a lot of support, popularity and opportunity, as an alternate choice and replacement for the current government. But, still, there is no big face to boast of that can truly challenge the Trudeau administration. However, Andrew Scheer is someone who has experience, expertise and potential in the manifold to lead the conservative party and challenge the Trudeau government. He seems to be the only best option for the party, if they want to win elections, return to power and save Canada from a tyrant like Trudeau.

Read More: Canadian conservatives need to kick O’Toole out and bring back Scheer if they wish to save Canada

Andrew Scheer is truly a worthy opponent. Scheer has been focused on economic development, fiscal restraint, and reducing inefficiencies in government. Back in 2017, he had indicated that if he were to establish a government, he would balance the federal budget within two years and open up the aviation industry to international competition. He is a vocal opponent of the federal carbon tax. He also has been very loud about the current situation that Canada has jumped into. He recently compared the Trudeau administration to USSR and also slammed the CBC (Canadian Broadcasting Corporation) for acting as a puppet channel of Trudeau and his Liberal party.

In any case, if the conservatives want to regain the long lost power and save Canada, they need to bring back Andrew Scheer into the forefront and make him the face of the party and opposition.