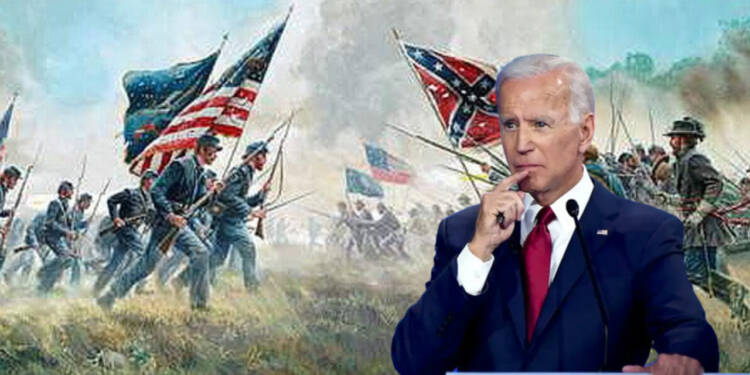 Everyone has been underestimating Biden all along. Yes, he has been a traumatic President, but when it comes to politics and specifically opportunistic politics, Biden is almost a legend. The new abortion laws enforced by the American Supreme court have supposedly arisen as a blessing in disguise for the 79-year-old president.

The democrats however have found a way to entice the American people to support them in the upcoming November polls. Biden has been making statements that have the possibility to invoke widespread violence all across the country. In such a situation, the upcoming polls have a high probability of being canceled.

Biden has been suffering from historically lowest approval ratings and is the subject of anger from the American people amid record-breaking inflation and a possible recession. Simply speaking, the democrats are anxious about losing their thin majorities in Congress, and their leader, the President is trying to use his position of power to create circumstances that could help them defend their majorities.

Although, If the public still remains loyal to the Republicans, big old Joe can still misuse the chair of the President to create circumstances to postpone the polls.

Read More: The amount of money an average American company will make by assisting an employee’s abortion

Biden and his Lies

Around thirteen Republican states are reported to have banned or restricted abortion in the healthcare centers on their land, however, the women wanting to undergo abortion can legally travel to states where the process is still legal.

However, the President of the United States thought it would be wise to broadcast lies using his position of power and influence. Biden has straight away said that the first state would arrest the woman opting to get herself aborted in another state.

Convening a virtual meeting on abortion rights with Democratic state governors on Friday, Biden said he thinks “people are gonna be shocked when the first state … tries to arrest a woman for crossing a state line to get health services.”

He added: “And I don’t think people believe that’s gonna happen. But it’s gonna happen, and it’s gonna telegraph to the whole country that this is a gigantic deal that goes beyond; I mean, it affects all your basic rights”.

Republicans promptly slammed Biden for attacking another branch of the US government while overseas, with Senate Minority Leader Mitch McConnell (R-Ky.) calling the president’s remarks “unmerited and dangerous.”

Biden is calling out his supporters to refrain from violence. He said, “No intimidation. Violence is never acceptable.” A President’s statements should complement his attempts to maintain peace but that is not the case here and that is why Joe Biden is possibly the worst thing that ever happened to the United States.