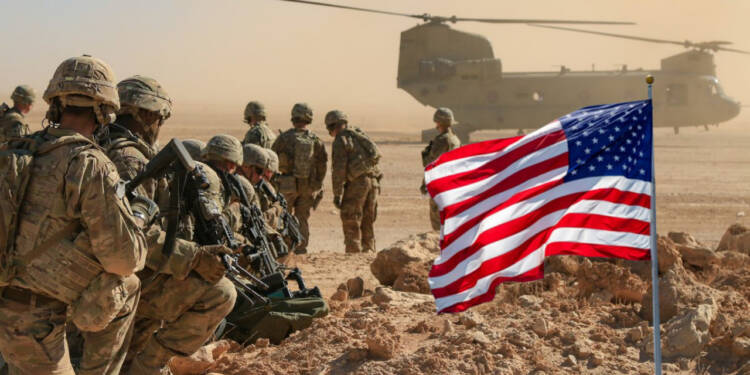 On 11th September 2001, the world saw the most heinous act of terrorism. The World Trade Tower was torn apart and there was fear amongst every human on the globe. At that time, the former President of the United States George W. Bush announced a total crackdown on terrorism.

The crackdown was termed the “War on terror”. It was a term describing an American-led global counterterrorism campaign launched in response to the terrorist attacks. The US military invaded Afghanistan and Iraq and began covert operations in Yemen and parts of the globe.

Furthermore, large-scale military-assistance programs for cooperative regimes and significant increases in military spending were also seen. As times passed, the US waged war on nations in the name of ‘War of terror’ for its own benefits. It started getting involved in countries with rich resources to benefit from it politically and materially.

The ‘Secretive acts’ of Pentagon

Of course, the US did a tremendous job by killing terrorists like Osama Bin Laden and Syed Abu Bakr Al Baghdadi. But, US has a really foul habit of keeping the regions into a proxy war-like certainity.

For those who don’t know, the US Congress granted Pentagon’s Defense Department a power at least 20 years ago that allows American commandos to undertake operations and conflict with little external supervision and approval. This program is called as 127e Program. Through this, the US wages secret proxy wars.

This document reveals the true colours of the United States. As per a revealed document through the Freedom of Information Act, it has been disclosed that there were at least 14 127e programs active in the greater Middle East and the Asia-Pacific region as recently as 2020 including multiple African nations.

Furthermore, Joseph Votel, a retired four-star Army general who headed both Special Operations Command and Central Command in the Middle East confirmed that through the 127e program, there were several “counterterrorism” efforts in Egypt, Lebanon, Syria, and Yemen.

Most of the documents and interviews related to this matter reveal a clear image of a mysterious financial mechanism that enables American commandos to carry out proxy wars “by, with, and through” foreign and irregular partner forces worldwide.

The cost of 127e operations between 2017 and 2020 was $310 million. This is just a fraction of U.S. military spending over that time period but a significant increase from the $25 million budget allocated to the program when it was first authorized, under a different name, in 2005.

But there’s a shocking element in this revelation, 127e program was activated in multiple nations at a time when there was almost no disturbance or occurrence of rebellion. So, what the critics suggest is that the US could be possibly using this act on purpose to spur disturbances.

The exact use of the 127e program is under dark clouds as the White House never provides any solid comment about operations by U.S. commandos outside conventional war zones and specifically about the total expenditure done.

Not even the toll of US foreign forces and civilians killed in these operations has ever been kept as a record by the USA.

But, the critics have a solid reason above board that thrashes the White house’ so-called ‘war on terror’ or counter-terrorism. Critics of 127e program warn that the US uses unanticipated military escalation and earns profits by engaging in up to a dozen conflicts around the world, some operations may amount to unlawful use of force.

Even State Department officials with the necessary experience are usually kept in dark about the use. Despite the fact that 127e program needs approval from the head of mission in the nation where the program is implemented, however, ambassadors in respective countries rarely give details of the total plan.

So, the US could be indeed using this plan to spur disturbance on purpose. Because of being labelled as a ‘super-power’, the US gets called for help and thus the US establishes its control while continuously dragging on the issue for its own purposes.

Dragging on the conflict means more profit opportunities for the United States. We have countless examples, through Africa, Iraq, Syria, and even Afghanistan. The US has left the regions after its total destruction, whereas, the rebellion and instability still continue to dominate.

The US seems to fiddle while Rome burns. The extreme secrecy over the 127e program seems to be on purpose. The US implements 127e program intentionally for generating profits out of the region under the label of ‘counter terrorism’ which fills its coffers.