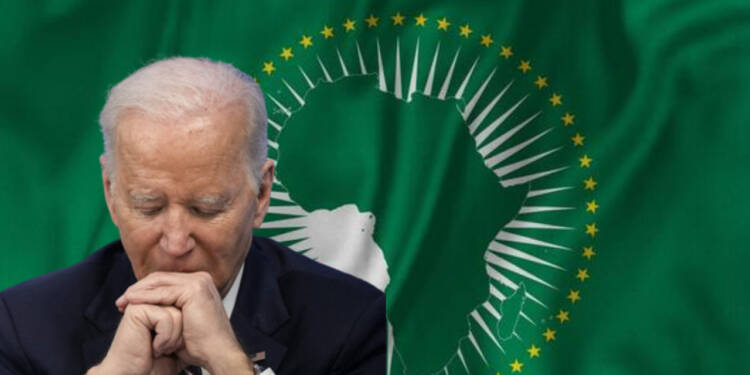 Sending a decent country into the mouth of war in the name of “humanitarian intervention” has always been USA’s modus operandi. The USA has never historically shied away from pushing countries into war and violently effectuating regime-change campaigns. This is precisely what the US is doing when the conflict of Ethiopia -Tigray is brewing.

Ethiopia is currently reeling under a rebellion in its northernmost region of Tigray, led by a group called the Tigray People’s Liberation Front (TPLF). The conflict has left thousands dead, forced more than 2 million people from their homes, and pushed parts of the country into famine-like conditions.

The Ethiopian military and ethnic militias and troops have been fighting to oust the Tigray People’s Liberation Front, or T.P.L.F., from its stronghold in the northern region of Ethiopia.

Meanwhile, the African Union, the continental union of Africa has never been seen taking a strong stance or any at all over the conflict in Africa’s second-most populous country. The African Union was a toothless tiger before the West but now in the turn of events, it can be seen growling.

TPLF being backed by US

The TPLF is backed by the US and Biden seems all set to send U.S boots on the ground in the name of ‘humanitarian intervention’. The Biden administration was keen ever since to build a heavy presence in Ethiopia so that it could get control over the horn of Africa as a whole.

Why is Biden submerging into the war?

Ethiopia’s strategic location can be a prime reason. Ethiopia is geopolitically close to Russia- like most of the countries in the Horn of Africa. The U.S. aspires to have a presence all across the Horn of Africa- with an eye on Yemen and also wants to dominate Bab-el-Mandeb. The Bab-el-Mandeb Strait ultimately connects the Gulf of Aden and the Red Sea and ensures access to Arab countries, making it a vital location.

But now it seems that the African Union is coming forward to not let the US’s aspirations get fulfilled. The African Union for the first time can be seen taking a tough stance against Tigray and the US. Now, this can be attributed to the tensions that are already ensuing between the African Union and the United States over Russia. The USA has put sanctions on Russia pushing Africa into food deprivation. Ergo, the African Union can now be seen playing an active role against the US and in Ethiopia’s favor. AU believes that Tigray is at fault and wants the US to stop lending support to the region to maintain peace. It is highly unlikely that the rebel TPLF will be able to overthrow the Ethiopian government led by mass leader Dr. Abiy Ahmed. However, this fact is known to the Biden administration and its lackeys very well.

Read More: Ethiopia is where US troops could go next to fight another war that is not theirs

Till now, the African Union which was a toothless tiger has jumped and come to Ethiopia’s rescue now and is trying to safeguard the sovereignty of the African continent.

A Khalistani Prime Minister and an Islamist cabinet: Dear Canadians, here’s your future