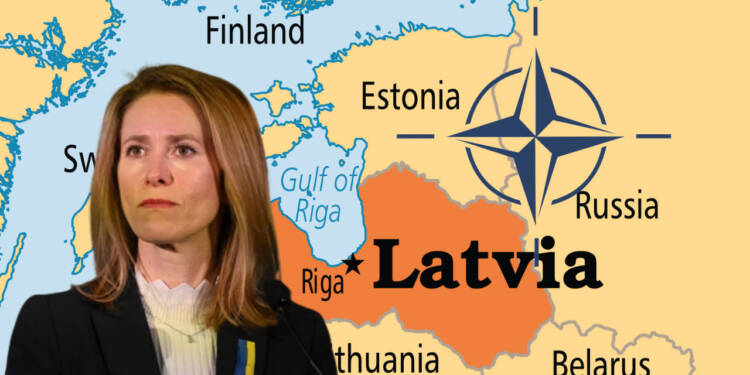 Zelensky has been undermining Russia since the beginning of the war. Popular opinion reflected that Moscow maintained an outdated defence system incapable of achieving its mission against the superior western systems. Fast-forwarding five months into the war, Putin has been able to solidify both the economy and defence of Russia.

Former Soviet states in the Baltic namely Estonia, Latvia, and Lithuania have been anxious since the war began. Analysts believe in possible Russian aggression towards the former Soviet states that are now members of the NATO alliance. The Baltic nations with allegiances to NATO have shared borders with Russia and that places them in direct threat from Moscow.

Defense Minister of Latvia Artis Pabriks previously called for more number of forces in the Baltic states and said that any sign of weakness – be it in Ukraine or on NATO territory – would encourage Russia. However, just after the invasion, NATO placed some 40,000 additional troops to the alliance’s eastern front but the baltic nation seems to be asking for more.

NATO Chief Jens Stoltenberg is trying to calm his allies in the Baltic and trying to reaffirm their faith in the organisation but the hegemony of bigger powers like the USA and UK and their disinterest in the matters of smaller patterns like Estonia, Latvia, and Lithuania has almost nullified the influence of NATO in the region.

Read More: Baltic nations came up with a loyalty test for Joe Biden, he fails miserably

Latvia Preparing for the Worst

Experts believe that the better strategy would be to pull out major units from near the borders i.e, Baltic territories to avoid their ruin amid the first wave of a possible Russian attack. The gore negligence of baltic interest and sovereignty is setting off Latvia to the level that it has decided to bring back compulsory military service. Latvia scrapped its compulsory military service program after its inclusion in NATO but is now regretting the move.

Moscow’s control over Kaliningrad, an area bordering Lithuania in the southwest has given Putin a geographical edge to exert pressure on Lithuania from both Kaliningrad and Belarus, similar to what Putin had done while launching the fight against Ukraine.

Estonia Prime Minister Kaja Kallas, through his statements, has indicated the extent of Russian resilience and is convinced that the baltic nations stand no chance against an enormous power like Moscow. Kallas told reporters last week that NATO’s tripwire approach, which involves a relatively small number of troops, would likely see Estonia being overrun before NATO take measures to liberate them after 180 days by bringing in the proposed 500,000 troops required to counter the aggression.

NATO’s repeated failures have deferred many members to rethink their stance. The exclusive control of bigger powers like the USA, UK and France has invalidated the origins of NATO. Many countries like Spain that are at the forefront of a migrant crisis from Northern Africa triggered by NATO’s negligence might also rethink their position. The Baltic countries, on the other hand, could be the subject of something much bigger than a migrant crisis and the indifferent stand of NATO on the issue seems to be really pissing them off.

“Chinese economy is coming to an end,” now even officials admit

EU has finally admitted its loss in Ukraine, and Viktor Orban is its ultimate fall guy