Baltic nations came up with a loyalty test for Joe Biden, he fails miserably 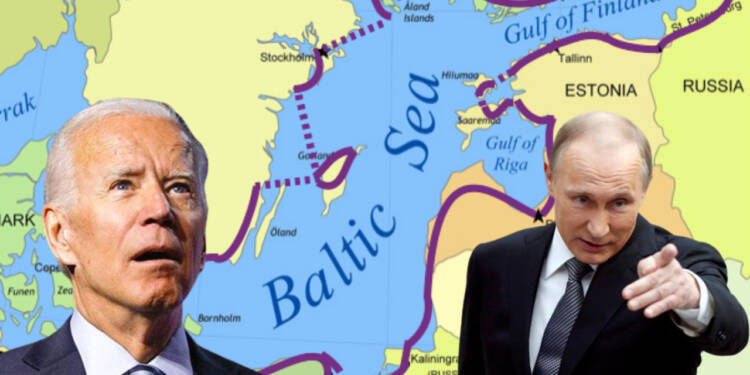 Since USSR’s disintegration in the 1990s, ties between the Baltic nations and Russia have worsened. The routes of political and economic change became increasingly divergent. While Baltics inclined towards EU and NATO, Moscow has opposed it.

The Baltic nations comprise only six million, but it expects NATO to boost its pre-Ukraine invasion presence of around 5,000 multinational soldiers by as much as tenfold, as well as adding air and maritime defences. But, allies like USA are in no mood to do so.

US won’t send Military to Baltics

Since the start of the Russia-Ukraine war, the Baltic nations of Estonia, Latvia, and Lithuania have been calling for their region to receive the biggest build-up of combat-ready NATO forces in Europe after the end of the Cold War, as they can be Russia’s next target.

The proposal was to be agreed at a summit on June 28-30 in Madrid. But, it won’t be happening as NATO allies are in no mood to do so.  Recent interviews with American diplomats and officials from leading NATO nations reveal that the alliance will not push the military into the Baltic region.

The reasons these diplomats are giving for not providing Baltic military support is that there is a military shortage as forces are countering Russia, countering China in the Arctic and quelling Islamic insurgencies in the Sahel, and tackling new frontiers in space.

In addition, the United States and the United Kingdom, do not favour permanent new bases in the Baltics, which would cost billions and will be hard to sustain. Moreover, NATO allies believe that it will be highly provocative for Moscow.

For the Baltics, the issue is clear: They could be next in line after Ukraine. As NATO currently rotates a multinational troop presence through the region, the Baltic nations remain vulnerable.

All 30 nations of NATO and the US support proposals for a larger force in the region, but in reality, allies can only promise to maintain greater troop levels just to patrol the area.

Read More: Russia readies itself to punish Lithuania for crooning the NATO song

Last week, The United States Permanent Representative to NATO, Julianne Smith said that the US wants to create a new security alliance, which would reportedly include Ukraine, the UK, Poland, the Baltic States, and possibly Turkey.
Aside from Ukraine, the potential members of the new grouping are ‘Baltic States’ along with other NATO allies. The US boasts that the new alliance would actually contribute to further strengthening the eastern flank in Europe, which became a priority for the US-led alliance after the outbreak of war in Ukraine.

While all the nations except Ukraine are already in a NATO, what is the need to create a new alliance and what purpose will it serve?

Also, if US and NATO are unwilling to give troops to the Baltic states for their security  when they already are in NATO, the new alliance is nothing but a joke.

The Baltic nations’ fear is genuine, as millions of people believe Russia intends to invade them as well and since Russia has abrogated Lithuania’s independence, the concerns have deepened.

In short, The Baltic Nations put the Biden through a litmus test in which he failed miserably. So, if the Baltic nations face the wrath of Russia in near future, they have to fend for themselves.