No more proxy wars! A direct confrontation between US and Russia in Alaska might be just days away 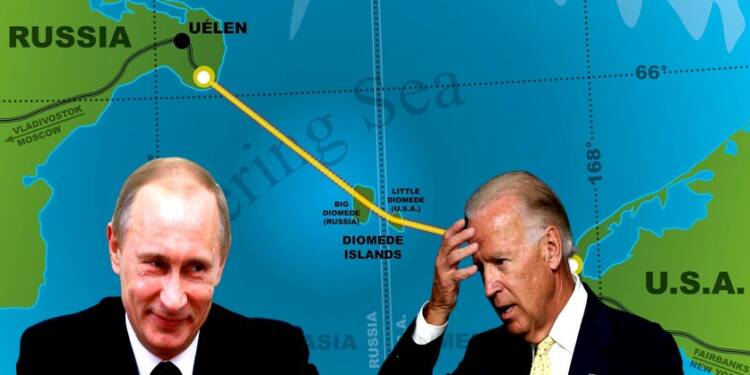 Alaska, the land of the midnight sun, is just a whisker away from Russia. The narrowest distance between mainland Russia and mainland Alaska is 55 miles. The US successfully traded with Russia and emerged victorious in acquiring the picture-postcard region for $7.2 million back in 1867. Every year, Alaska celebrates Oct 18 to mark the day the territory was handed over from Russia to the US.

Alaska back in talks

The officiality of the deal aside, the demography and the culture that prevails throughout the Alaskan terrain still have every essence of Russia in them. Even while tangled in the turbulent times of war, Russia has eked out of the crisis to spare some time to put the focus back on the region that currently rests in US hands. This move is a message to Washington for the high-handedness employed in freezing Russian assets abroad as retribution for Moscow’s involvement in the Ukraine war.

“Let America always remember, there is a part of [Russian] territory: Alaska,” Russia’s lower house speaker Vyacheslav Volodin said Wednesday, as quoted by Hromadske. “So when they start trying to dispose of our resources abroad, before they do it, let them think: we also have something to return.”

The current conundrum surrounding Alaska started when the US declared an international tribunal to investigate the crimes committed by Russian troops in the Ukraine war. Dmitry Medvedev, the deputy secretary of Russia’s Security Council headed by President Vladimir Putin initiated the first response to the US and detested the uncanny game played by Washington after it dawned on the Biden administration that Russia possesses some ‘might’ that won’t fall by imposing sanctions.

Read more: Is Russia planning to turn Latin America into its own Alaska in its fight against the US?

In the past few months, the US has been colluding with compromised media portals to pen stories about alleged Russian crimes in Mariupol and other major Ukrainian cities including Bucha. This forced a train of comments from Medvedev that lambasted the US for making attempts to create an aura of “chaos and destruction.”

It won’t work with Russia, they know it well,” Medvedev wrote. “That’s why the rotten dogs of war are barking in such a disgusting way.”

Warning that it would be “absurd” to try to “punish a country with the largest nuclear potential,” Medvedev also slammed the US for attempting to “spread chaos and destruction across the world for the sake of ‘true democracy.’

Russia could fledge back like a phoenix if it moves ahead with the pursuit of grabbing Alaska back. The land is conducive for trade — mostly the Northern slope that accounts for 95% of Alaska’s crude oil production.

Make no mistake, the US is in a mishmash after repeatedly getting lambasted for its unwarranted involvement in the Ukraine war. This is precisely why Russia views this as the right moment to hit its stride in Alaska.

Baltic nations are growing frustrated with NATO, and a revolt looks like a real possibility now

‘Russian gas is eco-friendly,’ EU’s new declaration is its meek surrender before Russia