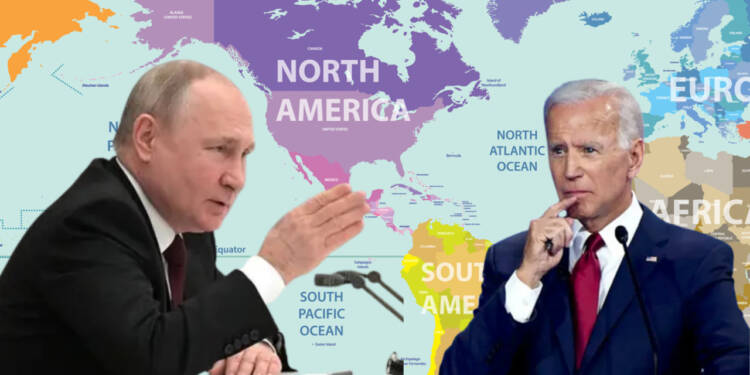 Due to a shared discernment against the British Empire, Russia and the United States were once allies in the 1800s. This was one of the reasons why Russia approached the United States with the Alaska deal. 154 years ago, the Soviet Union(USSR) had to sell Alaska to America for $7.2 million. This made Alaska the 49th state in the United States after remaining a part of the USSR till 1867.

Years have passed, and now Russia and the United States are rivals of each other. The 49th state of the US has now become more of a military base to strike Eastern Russia. At present, there are a total of 9 military bases in Alaska.

The US may easily target Russian cities such as Vladivostok, but it will not do so unless there is a strong motivation. The world is a chessboard, and Russia recognizes the need for a counter-strategy to limit US mobility. So now, Russia is creating its own Alaska with Latin American nations.

Not a single country from the Latin American region has imposed economic sanctions on Russia. Furthermore, Russia’s military involvement in places like Syria has not pulled Latin American presidents from deepening diplomatic and economic relations with Putin.

Russia is actively working to expand its footsteps in Latin America. This is being done by establishing trades with governments by military and other support and establishing peace in the area, benefitting the citizens to live a casual life.

Five Latin American countries—Cuba, Venezuela, Colombia, Mexico, and Brazil— have openly welcomed Russia in their nations as US relations within Latin American nations continue to worsen.

Cuba has also been a historical partner of Russia since the times of the Soviet Union. Moscow has repeatedly helped the financially strapped socialist Caribbean island with loans, canceled its old debts, and lent it $2.3bn.

Furthermore, Sputnik vaccines were the first to arrive in Argentina, Paraguay, Nicaragua, Bolivia, and Ecuador, therefore it’s no wonder that these countries, except for Paraguay and Ecuador, did not sign the Organization of American States (OAS) resolution denouncing Russia’s invasion of Ukraine.

US’ loss is Russia’s gain

If Russia is able to gain in Latin America, this is not solely because of Russia’s willingness. Another driving factor is US’ constant discerning behavior against the Latin American nations. Almost every nation in Latin America has a bad attitude toward the United States.

Nicaragua recently lambasted the Biden administration for refusing to invite it to the Americas Summit. This was a significant gathering of American states that would have aided the region’s coordination on critical foreign policy issues.

The same is the story for Cuba and Venezuela. Just like Nicaragua, the two nations were also not invited to the Summit of the Americas. When the so-called superpower is not interested in its own neighboring nations, wonder where will the neighbors go? The answer is Russia.

Russia is continuing to gain control in Latin America as anti-US sentiment continues to grow in the region.

Alaska is an important state for the US as it helped it to safeguard from eastern threats, furthermore, it is a key state for NATO too. But, Vladimir Putin is already surrounding the US from the southern end i.e. the Latin American part. The reason is pretty obvious, US negligence in the area over the years.

It would be quite challenging for the US to reduce Russia’s influence in the region.