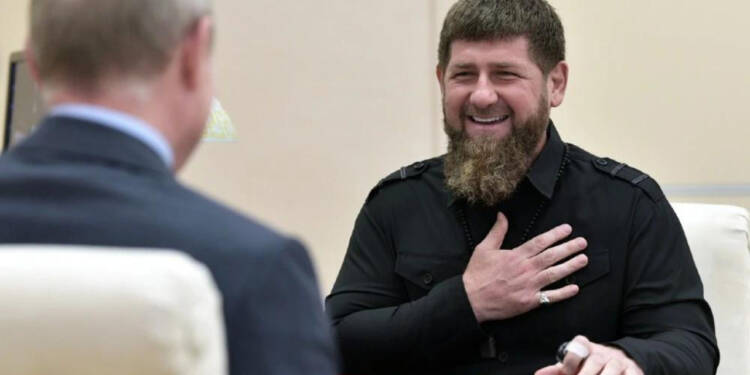 Amidst sanctions taking a toll on the Russian economy and President Vladimir Putin about to complete his 23rd year in power, the liberal media is not running short of speculations. With the imposition of sanctions owing to the Russia-Ukraine war, worries have been mounting regarding basic issues. It may be inevitable for the post-Putin Russian architecture to become the talk of the town in Moscow, igniting new calls for a change of course.

Recently, it seemed as though the US lacked any proof that Russia was prepared to use chemical weapons in the ongoing conflict in Ukraine. According to reports, several US officials however acknowledged that it was merely a preventative measure. The plan was allegedly meant to discourage Russia from employing the outlawed spies.

Orchestrating such information warfare against its rivals is what the US has been practicing for ages. This can be termed a pre-owned attribute of the liberal media. This is what the US did in an effort to topple both the Saddam Hussain and Bashar al-Assad regimes in Syria and Iraq. The US magnifies false information to attack the very nature of its adversaries and establish some sort of justification for military or economic sanctions.

But now the liberal media is taking it too far. They have started speculating about the successor of the 69-year-old Russian president. The rumors of his successor being a non-Russian are increasingly surfacing in newspaper articles, blog posts, and even some official press releases. Well, who is this non-Russian? The Chenchen leader Ramzan Kadyrov.

The western media has its own take on the most probable scenario for the succession and power transfer in Russia.

“Today, many Ukrainian and Russian opposition analysts agree that [Chechen head Ramzan] Kadyrov has not only become one of Russia’s most influential figures in power but is also seen as a possible Russian president,” the Ukrainian Centre for Countering Disinformation’s post to its Telegram channel said. “The Kremlin’s current policy raises a lot of questions, that is why Russian society is seriously considering the Chechen Kadyrov as Putin’s successor,” the analytical group asserted.

Read More: Western liberal media was predicting an admission of loss from Putin, but it didn’t happen

On the surface, it may appear contradictory that a man who is sanctioned by numerous nations and who governs a little area on the outskirts of the Russian Federation should be taken seriously as a candidate for the top position in the biggest nation in the world. Kadyrov, 45, is not only Russia’s most influential leader but also its most feared.

“I am almost sure he will be Russia’s next president,‎” the Moscow-born expert, who lives and works in Ukraine, told the Channel 24 network.

Russian media has always embraced the young and hyperactive Chechen strongman as a role model and example to other officials which can be a cause of such speculations. But the Russian President Vladimir Putin shrugged off the liberal media’s facile attempts to deride Putin.

From Putin’s health to Putin’s successor, liberal media has nothing but to cover Russia and show its president in a bad light.