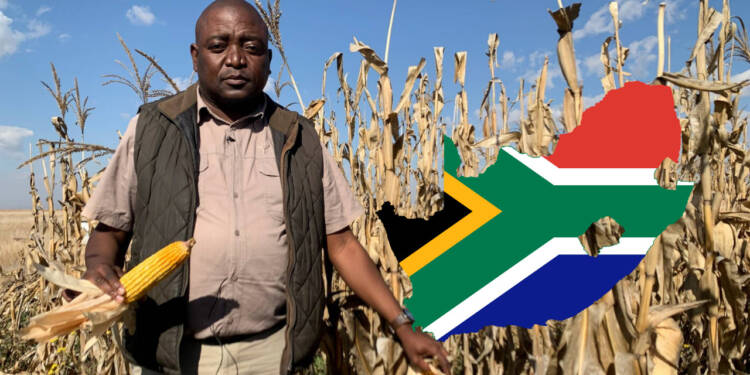 It seems that the West-led world wants to harm South African agriculture in the same way that Sri Lanka did to itself. Leading the western propaganda, some so-called environmentalists want to push South Africa toward organic farming while fully ignoring the risks of doing so.

Let’s start by talking about how Sri Lanka’s agriculture and economy have been destroyed by the move toward organic farming.

The largest economic disaster to hit Sri Lanka in many years is already there. Even as it works to contain the Covid-19 outbreak, Sri Lanka has been plagued by a severe economic crisis. A kilogram of rice, which typically costs roughly 80 rupees (A$0.34), has increased in price to 500 Sri Lankan rupees (A$2.10) due to the country’s 17.5 percent inflation rate.

While this was going on, Sri Lankan President Gotabaya Rajapaksa pledged during his election campaign for 2019 to convert the nation’s farmers to organic agriculture over a ten-year period. The Rajapaksa administration delivered on that pledge in April of last year by ordering the 2 million farmers in the nation to switch to organic farming and enforcing a national ban on the importation and use of synthetic fertilizers and pesticides.

The outcome was harsh and quick. In opposition to assertions that organic farming can deliver crops with yields on par with conventional farming, domestic rice production dropped by 20% in just the first six months. Despite the fact that domestic prices for this component of the national diet have increased by around 50%, Sri Lanka, which has historically been self-sufficient in rice production, has been compelled to import $450 million worth of rice. The nation’s principal export and source of foreign cash, its tea production, was also severely damaged by the prohibition.

Read more: An economically fractured Sri Lanka is making a comeback, thanks to Russia

And right now, South African pseudo-environmentalists are promoting a similar goal. They have been arguing that the laws and guidelines governing the use of pesticides in South Africa are antiquated. These campaigners assert that the active chemicals in the pesticides listed under these regulations have already been outlawed in the European Union (EU). Furthermore, these activists claim that these standards are made to approve the use of pesticides rather than to restrict them.

But numerous investigations and research papers have effectively debunked these assertions. According to Elriza Theron of Croplife, a non-profit trade group for pesticide producers and suppliers, the clearance procedure for pesticides is rigorous, and “more than 150 safety tests are undertaken on each potential new product before its approval for commercial use.”

Additionally, the use of these pesticides becomes crucial to ensuring food security when South Africa is already grappling with the problem of food insecurity. Currently, one in ten South Africans experiences daily hunger. As a result, South Africa has a high malnutrition rate. In the midst of this, the prevalence of malnutrition would gradually increase if these pesticides, which are now being used within the permitted levels, were to be outlawed.

These “pseudo-environmentalists,” who are supported by these European countries, are pushing South Africa into the same fate as Sri Lanka in order to forward their own objective of obtaining organic products from there.

Now, EU sets Balkan nations on fire as a strong pro-Russia wave sweeps through the region