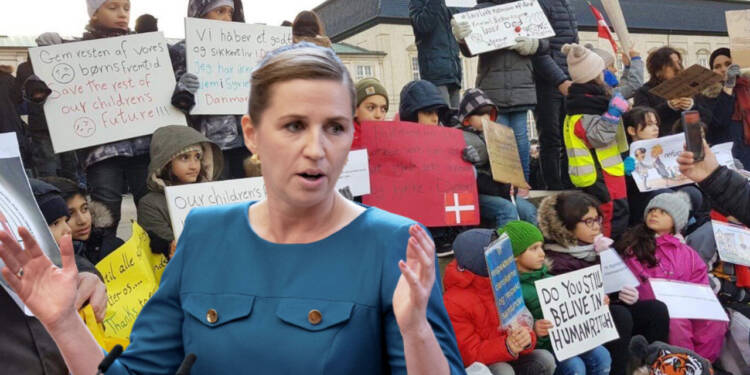 There was a time when refugees used to strike a chord with European Union member states. The governments were quite supportive of Syrian refugees back in 2015. But, now a tectonic shift is taking place as more and more governments want the refugees to leave.

What is the reason for this sudden change in their stance?

In Europe, no one can ever forget those horrendous days of 2015 when Syrian refugees influxed into the continent. At that time, Denmark moved forward to help these Muslim refugees in midst of a crisis when no other country was embracing them. They welcomed the refugees to put a stop to the discrimination and hatred the refugees faced in other countries.

Denmark passed a law granting temporary residential status to several refugees who were facing indiscriminate violence. This law applied to more than 4500 Syrians out of 35,000 in Denmark. Similarly, these Muslim refugees have enjoyed tremendous leverage across the continent in the last few years.

But, time changed, the Danish government has now taken one of the hardest lines on asylum and migration in Europe. This move is like cancelling all of the Syrians at once.

A few weeks ago, things came to a pretty pass for Muslim refugees as Denmark started revoking residential status for hundreds of Syrian refugees. With this, Denmark became the first European country to tell large numbers of Syrian refugees to go back.

The Danish government justifies its decision to order Syrian refugees to return by claiming that it always made it “clear” to them that their protection was only temporary.

Read More: After Macron’s push for a ‘French’ Islam, Denmark is all set to ban foreign funding for mosques

Moreover, the Danish government pulled a rabbit out of the hat as it determined that conditions in the Damascus area have “improved.” So, these Muslim refugees should return to their homes right away.

Although the number of asylum seekers coming to Denmark has dropped significantly since 2015, Danish Prime Minister Mette Frederiksen had expressed his vision already to have ‘zero asylum seekers’ in Denmark.

Well, Denmark is not different from other European nations. The decision to revoke residential status dovetails with a broader trend of countries across Europe enforcing hardline policies to block access to asylum and erode protections.

The Danish government is trying to avert the possible trends of rising crime and hatred as seen in other countries, it’s as simple as that.

The connection between crime and refugees

There are several research papers proving that the Syrian refugee surge affects local security. This is a noted trend.

Let’s talk about a few trends that were quoted by local governments themselves. In Germany, a 10.4 per cent increase in violent crime was linked to an influx of migrants into the country’s southern region back in 2015-2016.

Furthermore, there was a visible rise in the crime rate in Sweden too. In addition, let’s not forget the recent riots by these mobs in the country when these Muslim refugees wreak havoc across the nation as their so-called religious sentiments were hurt.

The list of such instances is never-ending and this is the reason why more and more European nations like France, Germany, Sweden, and Denmark have become staunch opposers of Muslim refugees.

The Denmark Government’s move to designate Damascus as a ‘safe-region’ falls in line with Syrian President Bashar Al-Assad’s call for the return of Syrians to their homeland.

Denmark is denoted as one of the safest countries in the world. It has one of the lowest crime rates and it is a very rare sight to see any violence or protests in the region.

So, this decision to send back Muslim refugees and the objective of having “zero” asylum seekers is a precaution against the negative effects that other countries have experienced.