The great energy loot: EU has its lusty eyes set on Hungary, but Orban is no simpleton 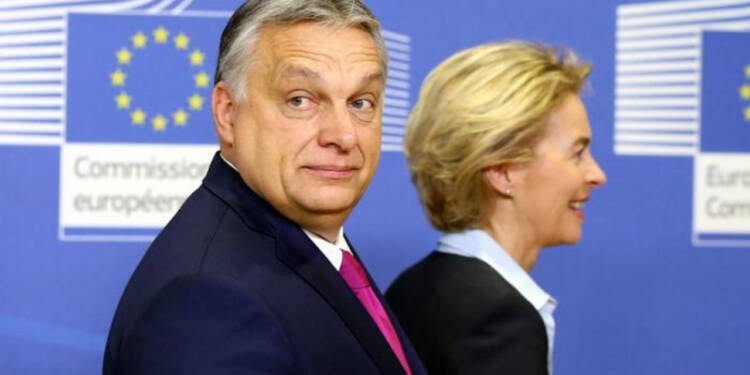 The EU has been showing sincerity in its opposition towards Moscow despite the ill effects of sanctions on their own economies. However, it seems like the EU would soon be a thing of the past. The smell of the rebellion is strong and we think there is not enough time for the EU to brace for impact.

Multiple countries in the EU have been suffering as a result of the “collective game”. For example, Spain recently lashed out at the EU to help them counter the increasing threat of a migrant crisis on its borders that is a consequence of the hegemony of bigger European players like France and Germany. Similarly, Hungary has rejected the fake motion of “Collective Solidarity” and has looked out for its own interests since the war began.

Read More: The little-known religious factor behind the Hungary-Russia camaraderie

Hungarian Prime Minister Viktor Orban, in reality, is not out there to woo any of the sides. Orban seems to be a practical leader and a supporter of self-sufficiency. The exceeding dependence of Hungary on Russia for its energy needs made its PM take steps cautiously and ensure a continuous supply of energy.

Bigger players in the EU have the means and resources to manage without Russian help even if they are completely cut off, however, smaller nations like that of Hungary would be among the suffering parties. EU countries have been looking to reduce their dependence on Russian energy but are divided about imposing a natural gas embargo as several member states are heavily reliant on Moscow’s energy supplies.

Moscow has been assisting Budapest for many years and Orban does not want to let go of the partnership. Apart from the heavy gas dependence, Russia is also building a nuclear reactor for Hungary. Hungary did not allow for a former sanctions package on Russia until it negotiated an exemption for oil imports from Russia citing heavy dependency.

Hungary also reportedly stalled another sanctions package on Russia on the issue of the inclusion of Orthodox Church Patriarch Kirill in the package, according to several diplomats. Orban seems to be all set to counter aggression against Russia to stay in its good books.

The EU tried to find a loophole by proposing a plan that advises member countries to share energy reserves to counter increasing pressures due to disrupted supplies. Hungary was exempted from importing energy from Russia citing heavy dependence and the European Union has found this to be the perfect plan to import energy indirectly from Moscow through Budapest thus bypassing sanctions.

Read More: EU could impose sanctions on Hungary for not offering fuel at lower prices

However, Orban seems to have seen through this and has rejected the proposed plan thus quashing the EU’s hope with his foreign minister even looking at the proposal as a prime example of communistic ideology.

Hungary had previously signed a fifteen-year contract with the Russian company  Gazprom to source natural gas. On the other hand, the majority of the members are experiencing shortages and may end up being blamed for a serious catastrophe in the upcoming winter.