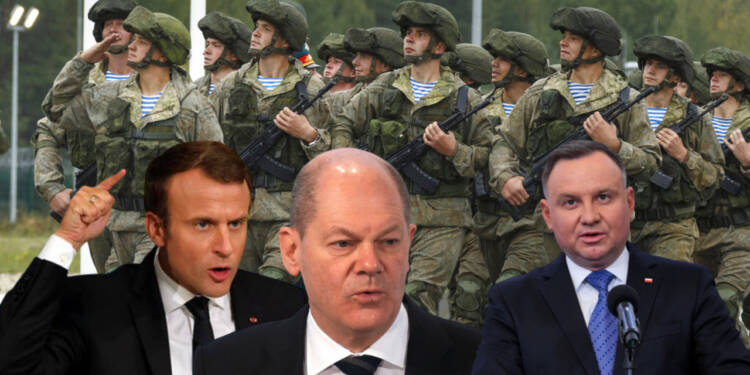 Poland has been at loggerheads with the EU for a long. A slew of reasons got into Warsaw’s plate at repeated intervals to go against the power blocs in Europe. Now, with the Ukraine war taking new turns and Europe experiencing the worst of Russian wrath, the power circles in Europe are deciding on a new plan to make a European super state, and as usual, Poland has objected to the move and they have all good reason in the world to do so.

Two months back, Poland declared in public their ambitions of building the strongest military in Europe. Till now, it was France and Germany that remained the unrivalled ones when it comes to military might in Europe. So, Warsaw delivering such high hopes to rival France and Germany gave discomfort to the European super elites.

Internal war spikes up in EU

But now, with the Ukrainian war changing shapes and Russia opening a new book of offensive by restricting the transfer of gas to Europe, the big names in Europe go busy finding new plans to put a bulwark against the Russian offensive. The plan was to make a European super state.

For this to happen, all countries within the EU’s power orbit should join the common currency plan that is to trade in Euro. Poland stands as a rebel here. Warsaw on its side has repeatedly ruled out joining the common currency for the foreseeable future. The membership in the Euro area may make it “impossible” for the country to buy the latest military technology from the US. Simply means that if Warsaw adheres to EU’s plan, the long-held dream of becoming the strongest military force in Europe will go into the drain as it will make its economy, vulnerable to sanctions from the power blocs of the European Union.

And now Polish central bank Governor Adam Glapinski said Germany is pressuring his country to adopt Euro and vowed to prevent it as long as he’s in charge of monetary policy.

Inflation in Poland is increasing with every passing day. And the effort from Germany to force Poland join the common currency plan has become fodder for the opposition in Warsaw to hurl accusations at the Central bank governor.

The governor came under fire from the main opposition party leader Donald Tusk, who last week blamed him for the highest inflation in a quarter of a century and claimed he may have been illegally appointed to a new six-year term.

Over the years saw the rift between Warsaw and Brussels widening with no truce in the picture. Poland has always rejected any sort of European supremacy over national legislation. Finding fault with Poland’s judicial reforms, EU delayed the approval of 23 billion euros ($26bn) in EU grants and 34 billion euros ($39bn) in cheap loans that were spared to help the county to recover from Covid-19’s economic impacts.

Read more: Biden’s sinister plans to use Poland as a “launchpad” against Russia after the Ukraine war

A NATO spending leader already, Poland braced for more arrival of heaviest military equipment from the west, which could have helped crown Warsaw as the new undisputable military force in Europe. Given that the current numbers are, respectively, 113,000 regular active service men and women and 32,000 TDF, this would entail a doubling of the army’s size.

But despite the humiliation in the Ukraine war, there seems to be no end to the infighting within Europe. France and Germany have formed a cabal to deny Poland’s ascension to become the new military best in Europe. This scenario may script a new episode in Poland’s never-ending rift with EU and Warsaw’s resistance is more about maintaining its independence and sovereignty over Europe’s interests.